UDP prepares for next general elections

Burglary ends in arson up north 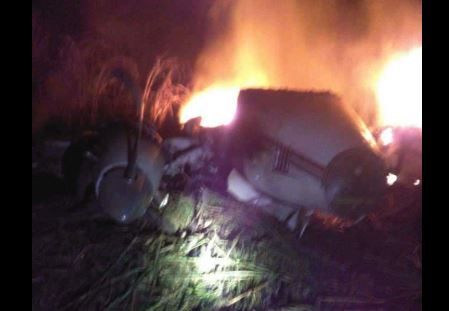 By BBN Staff: Assistant Commissioner of Police, Joseph Myvett, confirmed our
previous reports of a suspected drug plane which landed in Belize early this morning.

Myvett revealed that sometime around 4 a.m. today Corozal police were
called to an area on the Progresso/Copperbank road located three miles
northeast of Progresso Village in the Corozal District.

He explained that upon arrival sometime around 4:30 a.m. they observed
the remains of a twin-engine aircraft still on fire.

He informed that investigators are currently in the area conducting
investigations
as well as conducting searches in the entire vicinity.

No illicit substances were recovered from the scene, he said.

However, he conceded that the plane was able to land although there
was a police substation nearby.

“There is a police substation in Progresso Village, I was made aware
that most of the formations including Corozal have a rural
operation team that operates throughout the district,” he said.

Police are yet to determine the origin of this aircraft.