PM Barrow lashes out at PUP for position on marijuana legalization 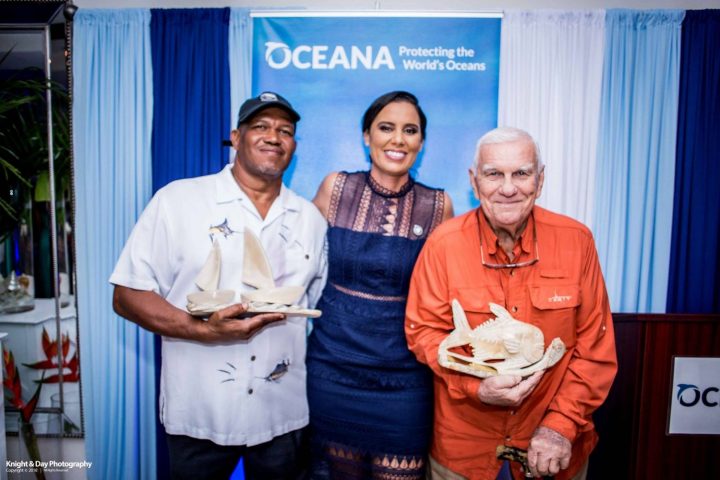 David Jr. has lived and worked in what is now the South Water Caye Marine Reserve all his life.

As a seaman, captain and fisherman, he has advocated for the sustainable use and development of Belize’s marine resources.

David Jr. has also supported scientific research of coral reefs, mangroves, and seagrasses through his technical and logistical assistance to the Smithsonian Institution’s field operations at Carrie Bow Caye.

“Well I never really thought about it as a hero. I mean, I just do what I had to do and get on with it but I guess it’s a good thing you know and I just hope that when it comes to conservation and taking care of the ocean other people who just feel would be as passionate as I am and lets try and keep this thing for the grandchildren, you know. At least they can experience some of this. Because I believe I have seen the changes in the sea. And it is not pretty,” David said.

“Mike” Heusner has been active in conservation in Belize for more than four decades.

In 2009, he was a leading advocate for the protection of three sports fishing species to secure the lucrative economic benefits of the fly fishing sector.

Heusner’s tireless efforts in this regard continue up to today given that indiscriminate fishing gear such as gillnets undermines the protected status of a host of charismatic species such as managers and turtles as well as bonefish, tarpon, and permit.

“Whatever I’ve done has been achieved through active participation in various organizations and committees. I challenge the younger generations to get informed and involved in development issues. Work as an advocate rather than an activist. We need activists and we need advocates, who are after the same end result, ” Heusner stated.

Chanona shared, “Collectively our awardees represent the reality that as Belizeans we are innately aware of the existential connection between our lives and our natural resources. All around us are men and women who are going above and beyond that call of duty to safeguard Belize, our home. Their actions come straight from the heart; they do what they do not to get praise but because it’s the right thing to do—and not necessarily because it’s the easy thing to do. And all of us benefit. Very rarely do we even know who these unsung heroes are—much less do we get the opportunity to acknowledge their selfless efforts. At its essence, that is what this award is all about: To express gratitude and to share their stories so that others can be inspired.”