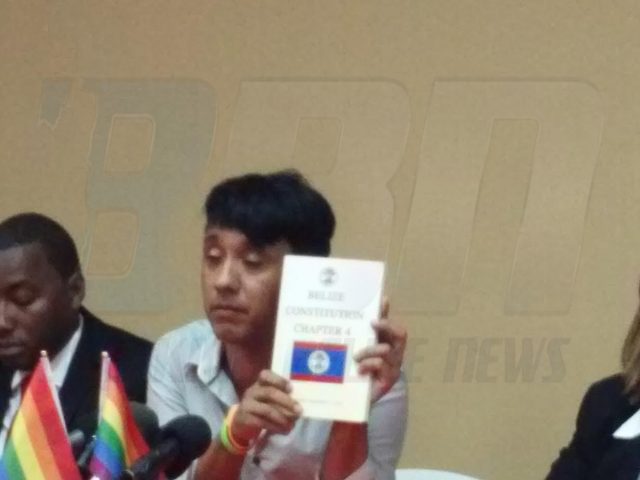 By BBN Staff: After a full day of arguments, the Court of Appeal has reserved its judgment in the appeal case of the Government of Belize versus Caleb Orozco and the United Belize Advocacy Movement (UNIBAM) who were the respondents in the case.

UNIBAM’s legal team presented a preliminary objection, trying to get the appeal struck down before it even got started. The basis of their objection was that the Attorney General’s appeal was purely academic and was a waste of the court’s time because it had no power to change
Chief Justice Kenneth Benjamin’s ruling, which said that Section 53 of the criminal code was unconstitutional.

The respondents also argued that if there are any real concerns to be found within the appeal that they should be properly ventilated in other court proceedings when those concerns actually
arise.

Solicitor General Nigel Hawke argued that the issue was actually an issue of public concern and has the potential to affect areas of the law well outside of the Section 53 Appeal. Hawke’s argument was that when the Chief Justice ruled that the word “sex” as read in Section 16
of the constitution should also be read to include sexual orientation, that he overstepped the power of the judiciary.

“There is a fine line between a judge’s role to interpret the constitution and making constitutional amendments,” Hawke told the panel of judges.

He maintains that the issue of redefining any term within the constitution is a matter that should be taken up by parliament and not the courts. He stressed that when the word “sex” was amended to include sexual orientation in other Commonwealth Jurisdictions that it was their parliaments of those respective territories and not the courts that made the amendments.

The parties said that they hope the court will deliver a verdict by the next session in 2019.