Cost of living up again! 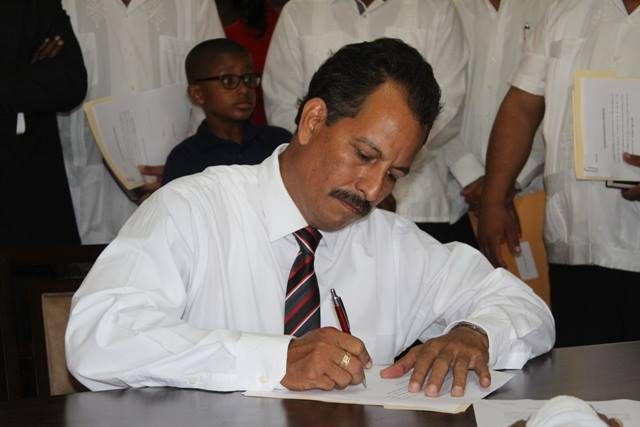 By BBN Staff: The Ministry of Health today issued a statement to clarify its position on the use of cannabis and hemp for medicinal use.

Two letters were widely circulated on social media purporting that the Minister of Health had endorsed his support for the establishment of a cannabis farm with the objective to develop and export products.

The letter surfaced after Leader of the Opposition, John Briceno had made a public call for the legalization of marijuana, to which, Prime Minister Dean Barrow on Monday out-rightly denounced the idea, referring to the proposal as ‘googly’ and ‘bizarre’.

The Ministry of Health, today, confirmed that Minister Pablo Marin indeed signed the letters in support of two proposed investments to grow cannabis for medicinal and other purposes.

The Ministry of Health provides the argument that although marijuana comes from the cannabis plant, not all cannabis is considered to be marijuana.

Marijuana contains the chemical compound Tetrahydrocannabinol (THC), which has psychoactive or mind-altering properties.

“Marijuana was not considered at any point in the letters signed by Pablo Marin,” the statement says.

The Ministry particularly referred to the letter dated on February 10, 2016 and addressed to Zen Ben Yosef, highlighting that the letter did not mention the cultivation of marijuana.

“The meeting was centered on cannabis farming for the purpose of medicinal use as research has proven that Cannabidiol (CBD), derived from the cannabis plant, can be beneficial for the treatment of cancer and other ailments. It was specifically noted that any psychoactive component of the plant would be removed,” the Ministry further explains.

The use of controlled drugs has been legal in Belize since 1990. This proposed investment was in compliance with the Misuse of Drugs Act, at that time, which according to Section 9 (2) subsection (a) states:

In relation to the letter dated on October 14, 2017, and addressed to Marco Caruso, the ministry says that it did not mention the cultivation of marijuana.

“The proposed project was for the cultivation of hemp, which although derived from the same Cannabis sativa plant, contains less than 0.3% THC content which is not in any way mind-altering. Industrial hemp can be used for the manufacturing of clothing, beauty products, and also contains CBD which has medicinal benefits. This was in accordance with the recent amendment to the Misuse of Drugs Act in 2017 which makes provisions for industrial hemp,” the statement reiterates.

In addition, the Ministry says that Marin did not authorize the projects but provided his support to what was discussed in both meetings as the proposed investments followed the Laws of Belize.

The Ministry expressed that both plans were seen as new economic opportunities which could provide employment for Belizeans and revenue generation for the government of Belize.

No formal proposal was submitted subsequent to the meetings and that is where it currently stands.

The Ministry of Health says that it will continue to entertain ideas, which can be beneficial both to the economy of Belize and health of Belizeans, once they are within the confines of the law.