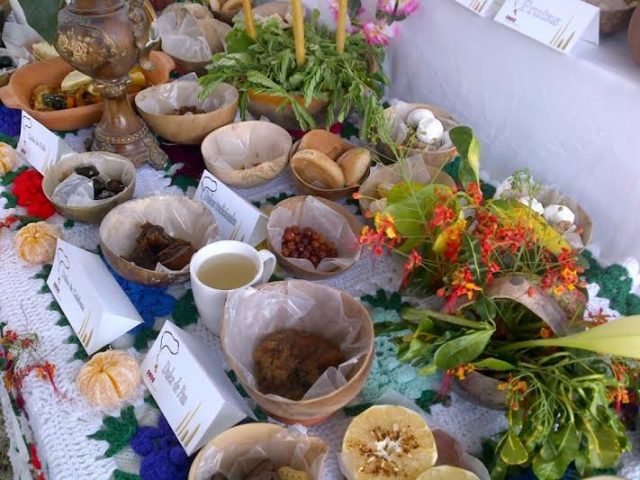 By BBN Staff: The Embassy of Mexico in Belize today announced the schedule of cultural events during the month of November to celebrate the XXV Anniversary of the Mexican Cultural Institute in Belize.

The cultural activities will begin with the installation of the traditional Ofrenda del Día de Muertos on November 2, with an altar dedicated to the memory of the late Emeritus Ambassador, Diplomat and former Secretary of Foreign Affairs of Mexico, Rosario Green Macias, who inaugurated the institute in 1993.

The offering will remain on display from November 1-8.

Today, Friday, November 2, or “Day of the Dead”, a reception will be offered to the Belizean public, including the traditional Pan de Muerto as well as beverages. The public is invited to enjoy these events.

As a parallel event to the Day of the Dead celebrations, the classic Mexican Film Macario (1959) will be screened on Wednesday, November 7 at the facilities of the Mexican Cultural Institute-Belize.

The film obtained the first ever nomination for Mexico to the Oscar Awards for Best Foreign Language Film.

The movie displays the tragic universe of renowned director Roberto Gavaldón and the extraordinary photographic artwork of Gabriel Figueroa, within the context of the fantastic vision of rural Mexico by the famous writer B. Travern.

From November 8 to the 12, the 13th edition of the Belize International Film Festival will take place in Belize City.

Mexican filmmakers will have an outstanding presence at the festival with 11 Mexican films submitted to the competition by the Mexican Institute of Cinematography (IMCINE).

The Mexican Cultural Institute-Belize will be one of the venues of the festival, screening part of the official selection of documentaries on November 10.

The Mexican Cultural Institute in Belize opened to the public on November 17, 1993.