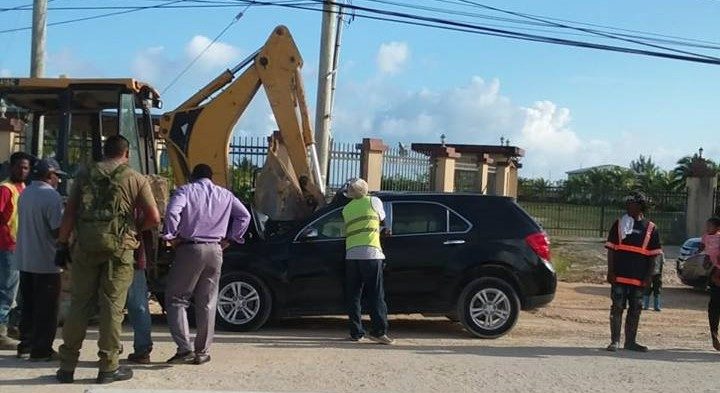 By BBN Staff: The man accused of driving a backhoe into the home of his mother in law and killing her and his son this morning escaped from police custody at the Karl Heusner Memorial Hospital (KHMH).

August escaped from the KHMH, stole a vehicle and drove it into a backhoe on the Philip Goldson Highway.

After ramming it into the backhoe, he proceeded to stab himself multiple times while being locked inside the vehicle.

Police managed to take him out and transported him back to the KHMH for medical treatment.

August Sr is accused of the early morning horror that occurred on October 31, 2018 when he drove a backhoe into the home where his three sons were living with their grandmother Louise Young.

August then proceeded to drive the backhoe into another home and a vehicle parked outside.

The neighbor reportedly took out his licensed firearm and fired at August. However, August escaped uninjured.

Police shortly after detained him.