Belize~ Thanks to British and Commonwealth 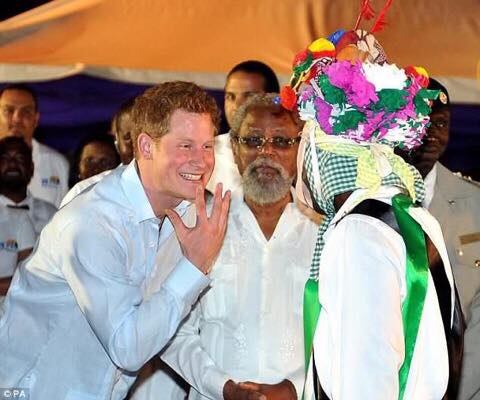 By Richard Harrison: Belize is scheduled to hold a referendum on whether or not to submit the almost 200-year-old on-and-off ridiculous Guatemalan claim; to all or a portion of Belize; on April 10, 2019.

As this issue has legal, historic, political and economic dimensions, Belizean’s have been debating and seeking clarifications on the many questions that arise. Many are very frightened of the potential outcomes, especially since Foreign Minister Hon. Wilfred Elrington said on the news that Belizeans would become refugees if we were to lose at the ICJ.

Belizean’s are 41% in poverty…the debt is now over 100% of GDP…the minimum wage is US$1.65 per hour….it has the fifth highest homicide rate in the Americas….and is increasingly infected by corruption, the drug trade, human trafficking, money laundering and contraband… we have bigger worries…like where the next meals and medicines will come from…and we know we cannot all become international law and history experts over the five months left until referendum date.

A recent poll indicated that 78% of respondents were not in favor of going to the ICJ.

Many reasons have been expressed for why the “no to ICJ?” sentiment….not in the least is the view that courts are places of last resort…and requires exposure to litigation risk.

Belizean’s unanimously agree that “not a grain of sand, not a blade of grass, not a drop of water” should be ceded to Guatemala.

One of the most important questions that Belizean’s have is: what role does the Head of State British government and the Commonwealth have to play in all this?

For certain, if the British and Commonwealth would protect us until such time that we could protect ourselves, all Belizean’s would vote no…and refuse to take the risk in court…no matter how strong a legal case Belize is perceived to have.

Citizens have grown wary after having witnessed the Government of Belize losing many millions of tax payers dollars on court cases at the Caribbean Court of Justice, The London Court of International Arbitration, and various US courts….in all cases the government predicted it had a good case and would win. The people see this ICJ adventure as another litigation shakedown of the same kind by the politico-legal status quo elite….with a nothing to gain, too much to lose formula.

The promoters of the yes vote argue that since the British have contributed a million dollars to the ICJ referendum fund, that the UK wants the yes vote.

The big contribution merely shows they have the biggest interest around the negotiating table…to see and hear the other interested parties…and to play a leading role in the outcomes.

“As the only unitary parliamentary constitutional monarchy in Central America, having English as its official language and being a Commonwealth Realm meaning that Queen Elizabeth II is Belize head of state, the country is the closest British ally and partner in the area. Therefore, the decision to re-open BATSUB reaffirms that Belize can rely on Britain to preserve its territorial integrity and sovereignty from any neighbouring threat. The British presence also stimulates the creation of jobs and revenue for the Central American country.”

On September 19, 2018, two days before Belize Independence Day, the UK Minister of Defense Hon. Mark Lancaster travelled to our capital city Belmopan to sign a new 15-year Status of Forces Agreement with the Belize Minister of Defense Hon. John Saldivar. This agreement will see an expansion of UK forces presence and activity in Belize…and 15 years is a very long term commitment for democratic government to bind their citizens to.

Shortly after, the Secretary General of the Commonwealth, Patricia Scotland, visited Belize…and expressed the view that the Commonwealth believes Belize has a good title to all its territory, and should not fear going to the ICJ, acknowledging that there are risks…and reassured Belizean’s that we are not alone in this struggle…and that whatever decision Belizean’s make, that the 2.4 billion Commonwealth of 53 countries will stand by us.

As the UK struggles with Brexit and its deficit economic relations with Europe…it has been re-energizing its relations with the Commonwealth…with whom it is historically linked by blood, sweat and tears…and with whom it maintains a significant economic surplus, with great potential for rapid growth.

The UK and Commonwealth response to the decision of the Belizean people can be the beach head of a new and progressive future for all the parties…regardless of a no or yes vote…Belize has a lot of development changes to make if it wants to remain a respected and trusted ally…and if it desires to continue as an independent and sovereign state in the world community of free and democratic nations living in peace and prosperity.

Thanks to the UK and our Commonwealth brothers for understanding our challenges at this juncture in our history…and for the long-term commitment being expressed towards our national security…allowing us another lease of time within which to get our act together. Thanks especially to their tax payers, such as Pete Clarke, Douglas Mackintosh and Kevin Evans who visited Belize recently and endorse this message.

In general, Belizean’s desire for Belize to be Singapore-like in economic dynamism…Costa Rica-like in sustainable development and conservation…a place where its highly cosmopolitan, humble, friendly and generally happy society can keep their genuine smiling faces long into the future.

Belize does not need, want nor desire any enemies in the world…indeed, we must continue to develop progressive and mature relations with all the countries of the world, based on mutual respect and trust…especially with the UK, Mexico, Israel, USA and Guatemala.