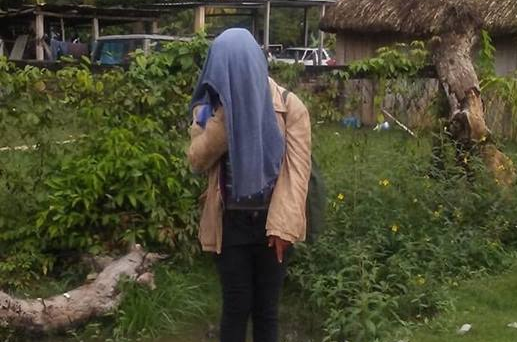 By BBN Staff: Some Bullet Tree residents have expressed concern about a mysterious person roaming the village with her face covered and reportedly acting suspiciously.

According to information, she has also been seen near the Catholic School as well as the Adventist School where children are scared and apprehensive of her as she reportedly makes gestures at them and tries to grab them. Villagers have reportedly made attempts to contact the Officer-in-Charge of the village police station but have reportedly gotten no response.

Some villagers who spoke with a Special Constable said they were advised that police are aware of the situation but cannot make an arrest since the woman has not carried out any criminal activity and seemingly suffers from a mental disorder. She was reportedly removed from the village yesterday but has since returned.

Residents are concerned about the safety and security of their children in the community and are appealing to any relevant authority to look into the matter and find the woman the help she may need.