Belize and the ICJ procedures

Sixteen days of activism against Gender Based Violence launched 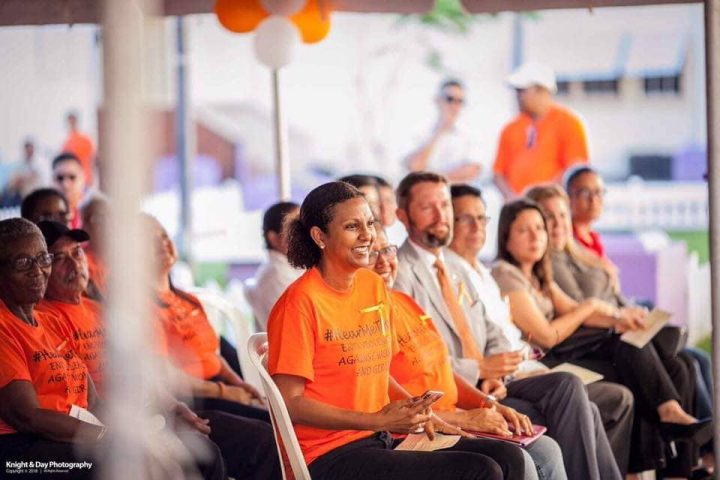 By BBN Staff: The Office of the Special Envoy for Women and Children, Kim Simplis Barrow, in collaboration with the National Women’s Commission and the Women’s Department launched the 16 Days of Activism against Gender Based Violence yesterday at the ITVET courtyard in Belize City.

It was launched under the theme, “ #HearMeToo: End Violence Against Women and Girls”.

The ceremony included remarks by Simplis Barrow, testimonials by both Deseree Cain, a former victim and Efrain Granados, the father of a former victim.

The keynote address was delivered by  Dr. Carla Barnett.

The event concluded with a short march to the flag monument in Belize city where orange flags were raised in an effort to heighten awareness about the violence that has affected the lives of many across our nation.

In her remarks, Simplis Barrow stated: “I believe it is about time that we wake up to a society where rights are not being violated and where boundaries are not being crossed. Today, when we march to raise these orange flags, it will be an act to demonstrate that all forms of gender based violence will no longer be tolerated, hushed or set aside as any trivial matter!”

Gender-based violence is a gross violation of human rights and it places its victims in highly undesirable situations.

Simplis Barrow encourages both men and women to seek help and report acts of violence as only then will it be placed to the forefront and dealt with accordingly. She hopes that the general public will join her in taking small steps to be advocates for its elimination for the next 16 days and beyond.