What happens if Belizeans vote ‘No’ to the ICJ? 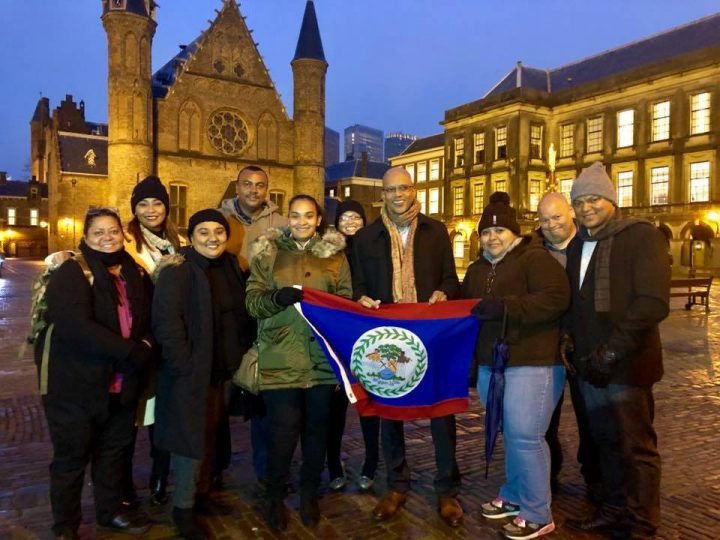 By BBN Staff:  Ambassador Dylan Vernon is Belize’s Ambassador to the Kingdom of Belgium and carries a full portfolio since he also represents Belize at the European Union (EU) and the International Court of Justice (ICJ).

Today, media professionals at The Hague, Netherlands met with Vernon to discuss more about Belize and the possibility of going to the ICJ if Belizeans vote ‘Yes’ in the national referendum scheduled for April 10, 2019.

With relation to the 1859 treaty, Vernon explained that the demarcation of borders is lodged at the United Nations, however, it is not legally binding. This means that the United Nations did not by law, demarcate Belize’s border, “ This is a holding area where treaties are lodged but that does not make them legally binding to the United Nations. It is just basically where they are held. The key fact is that apart from all these arguments and the fact that we have lodged our treaties, the Guatemalan government still claims our country and does not recognize our borders and that is a reality and the countries of the world who I deal with here and that other foreign missions deal with are getting the message from our international friends that one of the best ways you can resolve this issue is in a judicial way by having the ICJ resolve it.”

In 1980, the United Nations passed a resolution in which 139 countries voted for Belize ( Guatemala abstained). According to Vernon, the UN’s resolution is also not legally binding.

While resolutions and declarations in support of Belize are crucial to Belize’s case, Vernon said that it is the international courts that determine countries’ borders.

Resolutions and declarations done in support of Belize can be used to strengthen Belize’s case if it goes to the ICJ.