Martha Gonzalez was stabbed to death

Venezuela claims over 61,000 square miles of Guyana; Guyana takes it to the ICJ 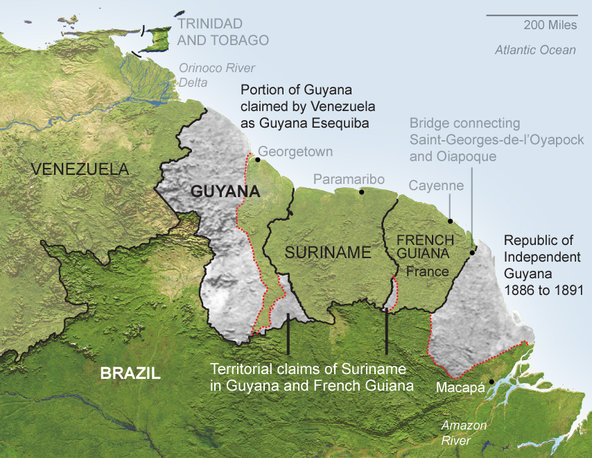 By BBN Staff:  Guyana has taken a claim from Venezuela over its land for final settlement at the International Court of Justice (ICJ). Last year, the United Nations Secretary General, Antonio Guitteres advised the countries to take the claim to the ICJ.

The Government of Guyana welcomed the decision and said that it will pursue the case to preserve its sovereignty and territorial integrity with confidence.

Guyana received Independence from the United Kingdom in 1966 and Venezuela has revived its claim for a large portion of the territory.

However, the Guyana government earlier this year began proceedings at the ICJ for a final settlement.

Venezuela swiftly responded saying that they will not participate in the process, “ The Venezuelan delegation has informed the president of the court, through a letter signed by the President of the Republic, Nicolás Maduro Moros, of its sovereign decision not to participate in the procedure that Guyana intends to initiate, since the Court manifestly lacks jurisdiction over an action unilaterally proposed by the neighboring country, which does not have the consent of Venezuela.”

The claim reemerged in 2015 when US oil giant Exxon Mobile company found large reserves of oil in the territory.

Since the Guyana constitution does not have provisions for a referenda, the Government of Guyana made the decision to take the dispute to the courts.

Written pleadings in this matter must first address the ICJ’s jurisdiction and Guyana filed its memorial on November 19, 2018.