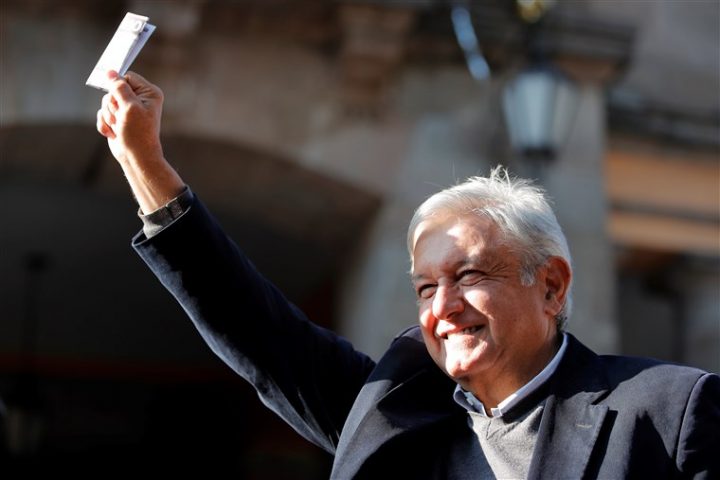 By BBN Staff: Andrés Manuel López Obrador, 65, takes office as the new Mexican president today after winning that country’s election in July of this year. Obrador enters office with control of both houses of the Mexican Congress.

The leftist leader has pledged “radical transformation” of Mexico and vowed to improve the lives of the poor. Obrador won 53 percent of the Mexican vote in a three-way race and his party clinched the majority in both Houses of Congress and several state legislatures.

In Belize, there were concerns following the Mexican election in July after Obrador announced his intention to convert Mexican border states into free-zone states with significantly lower Value Added Tax (VAT) rates and standardized prices on fuel. The concern was that such a move could potentially cripple the Corozal Free Zone.

Prime Minister Dean Barrow, however, said that Cabinet had already considered measures to combat any negative effect such a move may have.