Belize~ Why did PM Barrow decide to stay until 2020? 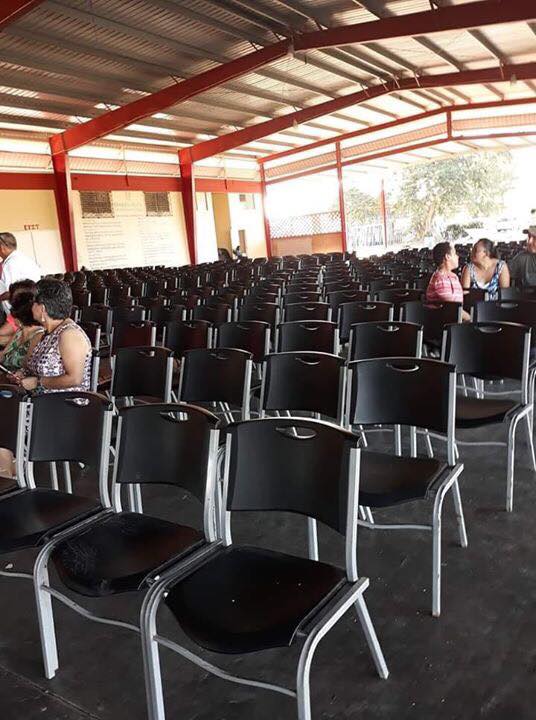 By Richard Harrison: Sedi Elrington’s “yes to icj” education campaign morphed into Assad Shoman/social senators/ub “yes to icj” campaign after PM Barrow decided to shelf the sagging Elrington campaign that resulted in most straw polls turning up with 70-80% NO from the people of Belize.

Assad is proving worse than Sedi, and most Belizeans have heard enough and are not attending their charade. The ICJ referendum…for all intents and purposes…can be declared dead.

The Special Agreement under which it is being promoted is unconstitutional.

The ICJ referendum campaign is a complete failure and a massive NO to ICJ vote would be a VOTE OF NON-CONFIDENCE on the Prime Minister and his new-UDP “we want Guatemala” government. The original-UDP was famous for its “we no want no Guatemala” anthem.

The PM has sensed this reality…and it is believed that his recent announcement to stay until the legal end of 5-year term in 2020 (after having called 3 previous elections early, after only 4 years…and after officially stating previously that he would be stepping down between Nov 18 and March 19…and this may be a sign of several options/plans:

1. he plans to postpone or abort the ICJ referendum (Guatemala postponed theirs for 5 years, as precedence)…perhaps in anticipation of the leader of Her Majesty’s Loyal Opposition changing his party’s position to “No to ICJ” after his “listening tour”….which would kill the ICJ referendum anyway….and gain a surge of much needed momentum for his PUP party.

2. he plans to hold the referendum and general elections on Apr 10, 2019….as another 30-day-notice surprise snap election. He is known to change his mind “like how he change his draws”, so changing his mind would not come as a surprise.

3. he plans to postpone the referendum and general elections to Nov 18 (Nov seems a favorite time for general elections because it is at the end of tourism slow season, when vote buying has greatest impact due to much more people in desperate need)

4. he aims to evade or avoid open war within his UDP party for leadership to succeed him…where he is not satisfied with handing over power to any of the two leading candidates, Saldivar and Faber…and his two favorite choices, Peyrefette and Barnett have been unceremoniously dumped by their “open convention” goers…and he is going to make a last ditch effort to play his last card…Mark Espat.

Whatever route he chooses…Belize needs him to turn from his Alibaba/Pablo Escobar tendencies…to engineer a magical re-direction of Belize’s economy and development…basically turning his attention away from ICJ towards tax-reform…and political and judicial reforms.

Quite notable is his non-attendance at the inauguration of the President of Mexico…and subsequent announcement of the new Mexican president of a range of efforts he plans to undertake with Guatemala, Honduras and El Salvador; especially in the light of the ongoing exodus of thousands of people enroute to destination USA, which has been held up at the Mexico/USA border for the past three weeks.

While Guatemala is obviously on an intensive international building of alliances, and gaining advances for their interests…PM Barrow has our ambassadors in Belize campaigning for “yes to icj”.