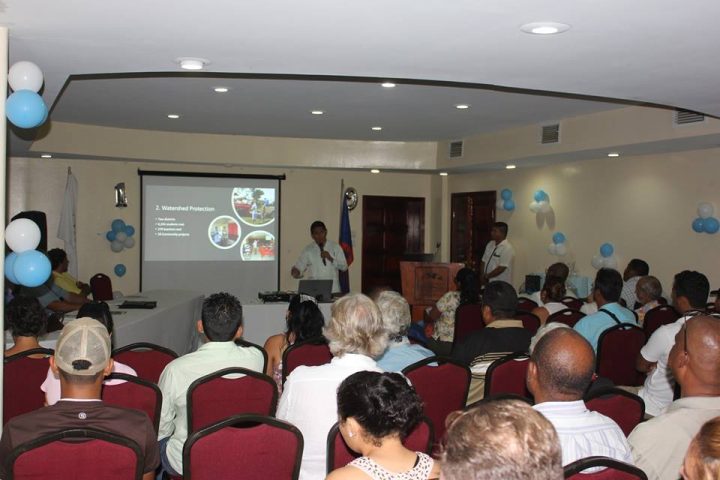 Over 80 persons attended the event that lasted 2.5 hours.

The National Anthem was led by FCD Youth Environmental Group members followed by a Welcome address given by Garfield Murillo, President of the Belize Watershed Alliance, while the FCD President’s Remarks was presented by Dr. Isabelle Durand Pacquet.

FCD’s Executive Director gave a summary overview of activities for the period November 1st, 2017 to October 31st, 2018, and the Finance Manager presented a financial audited report to members.

The 2017-2018 audit was prepared by Shawn M. Mahler, CA, CISA of Enterprise Risk Assurance Advisory based in Belize City.

Awards were presented to key staff for their achievements while the FCD Champion Award was presented to outgoing Board member Dr. Isabelle Durand.

Guest speaker for the event was Felix Enriquez, Chief Executive Officer of the Ministry of National Security (Defence).

Enriquez reiterated his Ministry’s support to FCD as it aims to continuously maintain the stability of the Chiquibul Forest. He noted that Conservation Posts have played a critical role in reducing incursions and that the success is due to a Joint Unit effort with FCD and other regulatory agencies.

Amendments to the FCD Constitution were presented, followed by the selection of two new Board members.

Hannah St.Luce Martinez and  Mick Fleming were selected and endorsed making the slate of seven board members for the 2019 period.

Both were nominated due to their extensive knowledge of biodiversity protection and tourism.