Kyle Chaplin detained for shooting at police in “GhostTown”

More Education – Less Vilification – To ICJ or NOT to ICJ 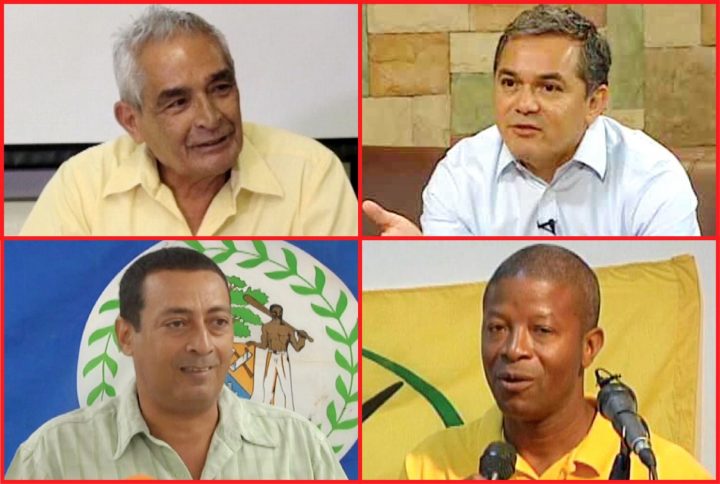 By Delroy Cuthkelvin: With the looming question of whether or not to submit the Belize-Guatemala Territorial Dispute to the International Court of Justice(ICJ) for settlement, the simmering disunity among Belizeans runs the risk of gradually(or rapidly) escalating to a feverish pitch as the scheduled date for the referendum draws nearer.

At this precise juncture, not a minute too soon, presumably NOT a second too late, we want to add our voice to the discourse in a way that will hopefully help to defuse the tension within us and increase the reasoning among us.

Let’s state from the outset that our intention in this essay is NOT to indicate whether or not we believe Belizeans should vote “yes” to the ICJ. The matter is too sacred and we have too much respect for the collective wisdom of the Belizean people to attempt to impose our personal and individual position on the masses. That is precisely why the question must go to a referendum, and it is why the education process isnot just important, but imperative, to ensure that each and every Belizean is armed with all the facts and cognizant of all the implications before making that decision.

While the education process got off to a slow start, it has certainly gathered momentum over the past two months or so, and the Belizean public is finally being bombarded in an effective manner with essential and relevant information on all fronts, through media (traditional and social), public forums and literature.

Credit must be given where it is due, and we applaud the Ministry of Foreign Affairs and its Referendum Unit, as the lead agency, for initiating and facilitating the process.

Congratulations must also be showered on the University of Belize and other organizations for their initiatives in arranging such balanced forums, allowing and enabling different sides of the argument to be presented and debated with as much decorum and mutual respect as is humanly possible,considering the inherent emotion and fervor attending the open expression of such stark differences on matters so dear to the heart as the sovereignty of one’s homeland.

Also commendable is the invaluable public service provided by national and local media organizations in broadcasting those forums and arranging their own on-air panel discussions, effectively bringing the education process into the living rooms of their audiences and viewers countrywide.

Finally, let us thank the individual educators engaged,including, but not limited to, the diplomats and resource persons assembled through the Ministry of Foreign Affairs; the respected Belizean historians readily and unreservedly imparting their knowledge on the issue; and those citizens driven by sheer activism and patriotism who have taken it upon themselves to research the matter and publicly share what they believe to be vital information that each and every Belizean must consider in arriving at this momentous decision.

This leads us to what is perhaps one of the most important points of our essay. It is that the opportunity afforded those supporting and advancing a position of “No to the ICJ” to publicly present their arguments in that regard, must be deemed and treated NOT as token, but vital to the discourse and decision-making, as vital as the insightful and instructive contributions by those whose perspective and position, stated or suggested, make a “yes” vote seem quite appealing.

To emphasize this point, let’s consider the input of four individuals who featured prominently in two or three of the most recent forums on the issue.

The first is Assad Shoman. If George Price is the Father of the Nation, Assad Shoman is perhaps the younger uncle thereof. His efforts ininternationalizing the cause for Belize’s independence, with all its territory intact, could never be overstated. Assad’s recently released book on the Belize-Guatemala issue is a must read for all Belizeans before we head to the polls on April 10, 2019.And his perspective now being presented in person and elaborated on at these forums (whether or not we agree entirely with him) is valuable, if not indispensable.

Then, there is Ambassador Alexis Rosado, the consummate diplomat, whose intimate knowledge of the issue is matched by his youthful vigor and absolute clarity in presenting the hard and unadulterated facts,tempered with a degree of professionalism and tact that is laudable, constructive and utterly edifying.

But similar praises must also be heaped on Paul Morgan for his thoughtful, composed, yet forceful presentations; and on Patrick Rodgers for his well-researched, though emotive and combative interventions.

The snippets of hitherto obscure information they have highlighted, whether overemphasized and over-amplified by them or not, and whether deliberately concealed by others or not, are, at the very least, useful in arriving at a sound decision on the desirability or NOT of going to the ICJ.And, we must concede that, unlike the paid diplomats, their undertaking, atleast on the face of it, is essentially a labor of love.

Such acknowledgement is not just in the spirit of civility or merely being kind, for we hasten to add this inseparably critical point; that the importance of examining and contemplating all and every implication and risk entailed or associated with such a definitive, once-in-a-lifetime decision, could never be overstated.

Such caution must, of course, be measured against the potential cost, now and in the future, of NOT seizing what could indeed be an opportunity of a lifetime to conclusively resolve an existential issue that arguably has been, and will continue restricting or curtailing our growth as a nation and people for generations to come.

Now, let us not, as seems to have been the case recently with citizens in our own former mother country, Britain, fail to fully educate and thoroughly apprise ourselves of all the possible implications of a vote one way or the other, in advance of arriving at such a momentous decision. (Our reference is, of course, to the so called “Brexit’ Referendum in which citizens of the United Kingdom made the decision for their country to leave the European Union).

We certainly would not want to find ourselves in the unenviable predicament that many Britons now seem to be, wishing they could have back their vote, and calling for a new referendum on the very same question they voted on just over two years ago, the full implications of which were apparently, in hindsight, not thoroughly understood, considered or anticipated.

Lest we be accused of engaging in, or surrendering, in the least, to any fearmongering from one side or the other, we’ll conclude with this assurance. Whatever the outcome of the referendum on April 10, 2019, we are certain the exercise in itself would have served an exceedingly useful purpose in educating Belizeans and causing the masses to become more knowledgeable than we have ever been on an issue the importance of which is second to none in the lives of our people and the existence and development of our nation.

The approach of December’s solstice is a fitting and great occasion for an armistice in the escalating battle for truth on this existential question of Belize-Guatemala and the ICJ. Amid the yuletide celebration, may the Almighty, who gave us his only begotten Son, grant us peace, understanding and wisdom, that our constructive deliberation and collective decision in the New Year ahead cause not our hopes and aspirations to perish, but bring clarity, prosperity and abundant life to a striving people, community and nation.

Of this one truth we are certain: we all love Belize and want the best for our country. So, to ICJ or NOT, for the sake of the Nation, let’s increase the Education, and ease up on the Vilification.