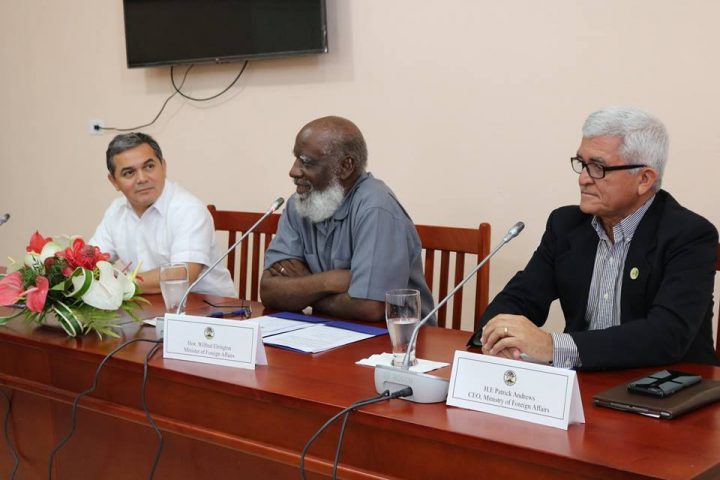 By BBN Staff: Minister of Foreign Affairs Wilfred “Sedi” Elrington,in an interview with the media on Thursday, said if Belize votes ‘No’ to the International Court of Justice (ICJ) in next year’s scheduled referendum on the unresolved territorial claim, there is a possibility of a Guatemalan invasion.

“That can happen because none of us know the future.” Elrington said when asked if the possibility of a Guatemalan invasion was likely in the event of a ’No’ vote.

“I don’t discount anything. I have seen things in my lifetime that I thought would never happen. What I am trying to do is to ensure we as a government do all in power to inform and educate the Belizean people as to all the possibilities so that they know when they make their decision on April 10th what the consequences can be,” he added.

On Friday, however, Prime Minister Dean Barrow chimed in and said even though he also supports a ‘Yes’ vote on taking the issue to the ICJ, he said pro-ICJ supporters must be careful not to spread fear mongering.

“I feel very strongly about a yes vote but there is no way anybody should resort to any kind of fear mongering. I don’t think it’s justified and in any case it will backfire,” Barrow told the media on Friday. “I think Belizeans have the kind of backbone where if you tell them you need to do this or else, they will say ‘oh yeah, we absolutely will not do it’,” he added.

“I would advise everybody else who, like me, wishes a yes vote to be very careful in terms of the way you go about trying to procure that yes not,” the Prime Minister said.