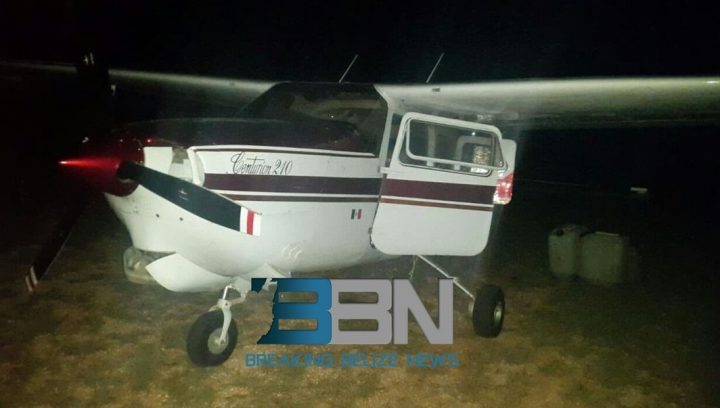 By BBN Staff:Police are investigating the landing of a suspected drug plane that touched down in Barranco, Toledo on Friday morning.

The Centurion single engine plane was found by authorities after its cargo had been unloaded.

In the immediate area of the plane, police detained a police constable who was found with aviation fuel inside his vehicle.

Surprisingly, Edward Vincent Martinez, the brother of Minister Anthony ‘Boots’ Martinez had already predicted the landing of the plane via his Facebook page and the area in which it was expected to land in Belize.

Furthermore, Martinez’s Facebook post mentions that a senior officer is involved as well as ‘two crash dummies’ attached to the Southern Police Formation.

Martinez had indicated that the plane would land before December 22, and ground zero would have been Barranco area.

“The landing is being facilitated by a few rogue cops,” Martinez said.

The Police Department has informed that it is conducting a rigorous investigation into the illegal landing. Furthermore, it is unknown how Martinez could have predicted such an accurate occurrence of the plane landing in the area.