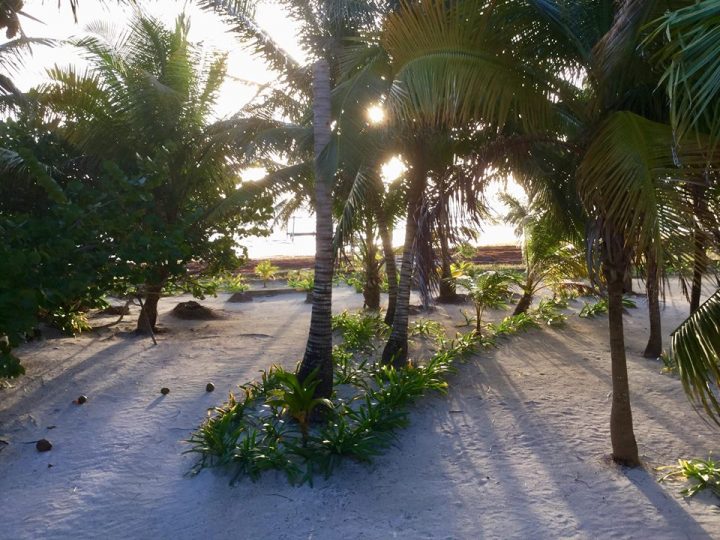 By Lisa Shoman: My first post of 2019 was to have been one of hope for you, your family and our Jewel, that we live happy, safe, prosperous lives. I am trying to cling to that hope and still wish that it be so. Happy New Year. But 2019 was barely 24 hours old, when in a blaze of violence 5 Belizeans are murdered, and one is, brutally injured, and in a critical condition. And ironically, the murders are almost a perfect, representative snapshot of the violence that has soaked our nation in blood in the last two decades. The first murder of 2019 was apparently a resident of Lucky Strike Village found in his home with multiple stab and chop wounds all over his body. Another resident is being questioned.

The second murder was reported to be a man whose body pulled from the river near Blackman Eddy, and whose hands were tied behind his back with what appeared to be a single gunshot wound to the left side of the head. The third murder of 2019 claimed the life of a reputed “gang boss”. Joseph Babb, a 20 year old was allegedly shot multiple times on Blue Marlin Drive in Belize City. Predictably, the fourth murder was on Jane Usher Boulevard in Belize City. The fifth murder was that of a Belizean woman, fatally stabbed by the hands of her domestic partner. Anita Pineda, 37, was killed by her common law husband Rueben Cassasola at the home of a relative on Constellation Boulevard in San Ignacio Town.

Finally, in beautiful San Pedro, in front of multiple witnesses, a man, on the ground, brutally kicked in the face by a police officer’s combat boot, and his head snaps backs. Amateur video tells the tale. The man is reportedly in critical condition. I have to have some hope. You have to have some hope that anything can change. Otherwise, there is no exit from this abyss. And all our dreams, wishes, beautiful sentiments for 2019 for friends, family, neighbors and nation are for naught.

And hope is not enough. We need to take the personal responsibility to demand that our political leaders deal with law enforcement and the administration of justice with immediacy. We know what the solutions are. We have chewed those over for a decade or two. More guns for police and harsher policing measures and penalties are not the answer. Paramilitary tactics employed against civilians won’t fix this. It makes it worse. No state of emergency need be declared. We are already living in a nationwide state of emergency right now. We need serious, sustained, implementation of long term, difficult fiscal and security measures, and we need them now. Political posturing by government, opposition, and third parties on this is, worse than useless.

Nothing than a complete change in our national ethos and culture will save us now. Source for news : The Reporter.

1. The Reporter has confirmed that a resident of Lucky Strike was murdered sometime between last night and this morning. The man, identified as Howard Coleman, was found in his home with multiple stab and chop wounds all over his body. We are told investigators are on the scene, and another resident of Lucky Strike has been detained for questioning.

2. The body pulled from the river just now, reportedly in the vicinity of Blackman Eddy, has been confirmed to be the second murder of 2019. Sources say the hands of the male were tied behind his back and he had what appears to be a single gunshot wound to the left side of the head. The deceased was wearing a short sleeve red/black plaid shirt and long pants with black tennis shoes. Investigators are currently on the scene.

3. The 3rd murder victim of the New Year has been identified as Joseph Babb, 20. Babb was allegedly shot multiple times on Blue Marlin Drive less than an hour ago. He is no stranger to Police, and was arrested and charged along with another man for robbery and wounding in February 2018.

4. The Reporter has been able to confirm that there was a fourth murder just moments ago on Jane Usher Boulevard. Details are scarce but we’ll have full details as soon as we are able to confirm identify of the victim.

There are also reports of shots fired in other parts of Belize City.

5. The Reporter has been able to confirm that there was a fatal stabbing in San Ignacio an hour ago. According to sources, there was an altercation between Anita Pineda, 37, and her common law husband Rueben Cassasola at the home of a relative on Constellation Boulevard in San Ignacio Town. Pineda was fatally stabbed by Cassasola and allegedly died before Police reached the scene. We’ll have more on this story as we get it.