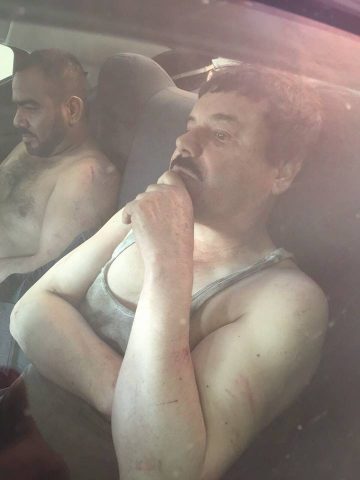 By BBN Staff: Following the arrest of Sinaloa drug cartel leader, Joaquin “El Chapo” Loera, and his subsequent extradition to the United States, his trial has captured headlines globally, and the latest development in the high profile case saw a cartel insider testify in court in New York, where he disclosed that Belize was among the places where the infamous cartel did business.

Vicente Zambada Niebla, a son of Ismael Zambada Garcia, who was one of Loera’s former partners and cartel leaders, testified against the drug cartel he once worked for as a young man. Niebla gave his testimony on Thursday, which lasted more than five hours, detailing every aspect of the organization’s smuggling routes, money laundering schemes, conflicts, vendettas and bribes. Niebla gave an intimate account of his knowledge of the people and activities of the cartel.

According to a report from the New York Times, since the trial began last November, seven other witnesses who worked with Loera have testified against him but none were more knowledgeable and willing to share information than Niebla. He also detailed his own father’s bribery activities even disclosing that his father had bribed a bodyguard of Mexico’s former president, Vicente Fox. His father, however, remains on the United States’ Drug Enforcement Agency’s Most Wanted List.

According to the report, “He told the jurors stories not only about the drug lord’s operations in Mexico, Honduras and Belize, but also about his suppliers, distributors, bodyguards, assassins, cousins, brothers and sons.”

There were no further details disclosed of the operations in Belize, however, in recent months as drug plane landings in Belize have intensified Mexican media outlets have reported that Belize is a “narco state” and have even reported that Belizean authorities are in collusion with the cartels. Local authorities, however, have vehemently refuted those reports though no significant arrests or drug busts have been made in any of the many suspected drug plane landings in and around the country.