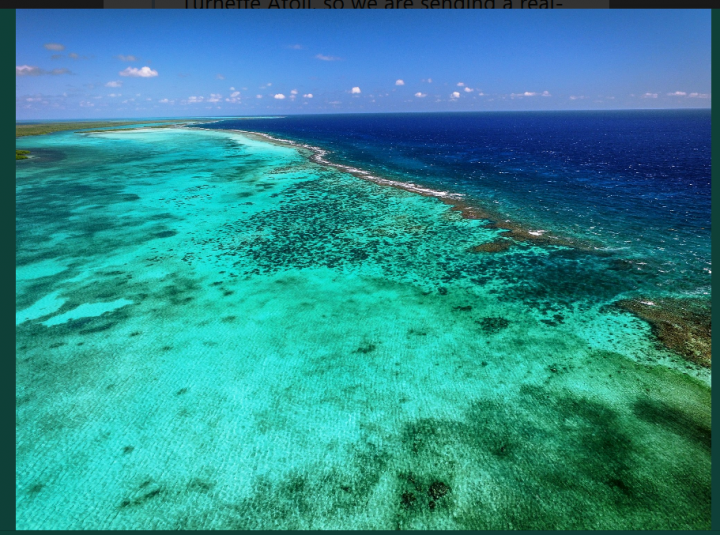 By BBN Staff: This is My Earth (TiMe), an international environmental non-government organization, is investing a 20 acre area of corals off the coast of Belize, situated in the Turneffe atoll in order to declare it a marine reserve and preserve endangered corals and species native to the area.

This is the third consecutive year TiME has invested in property internationally to preserve endangered wildlife. The area off the coast of Belize is home to endangered species including the Hawksbill sea turtle, the Leatherback sea turtle, Atlantic Goliath grouper and many more sea animals and plant life considered endangered.

“To this day we have had the chance to salvage land areas, but this time we had a chance to do it in the ocean,” Prof. Uri Shanas, founder of TiME, said. “The atoll (A ring-shaped reef, island, or chain of islands formed of coral) is beautiful and many entrepreneurs would be happy to develop or abuse, which would probably harm the wildlife that is already endangered.”

TiME was founded three years ago by Professor Shanas of the University of Haifa-Oranim along with Professor Alon Tal of Tel Aviv University in Israel. TiME is described as an international democratic organization where members of any age contribute any amount from a dollar up and and entitled to a single annual vote regardless of the value of contribution.

Every year the members choose from three possible lands to buy, each containing endangered wildlife, and after purchased, the area becomes a locally managed nature reserve.

This year the organization will buy 20 acres of corals at the Turneffe Atoll, off the coasts of Belize. The area does not remain under the control of TiME, but is transferred to Turneffe Atoll Trust. The area purchased is in a strategic position, denying the ability to develop the area for tourism, creating a greater area that will be preserved.

“2.3% of Earth is considered “hot spots” that host countless of endangered flora and fauna, so every piece of land we purchase can make a tremendous contribution to the protection of many species,” Prof. Shanas said. “We have proven for the third year in a row that this tactic, at first seen as naive, works and can change reality. Other than the countless of educational institutes that ‘adopted’ us, we managed to attract private companies and Israeli municipalities, which allows people to feel the satisfaction in taking part in saving the Earth.”