Majority of PUP supporters say ‘NO’ to the ICJ

Cost of kerosene falls by 52 cents 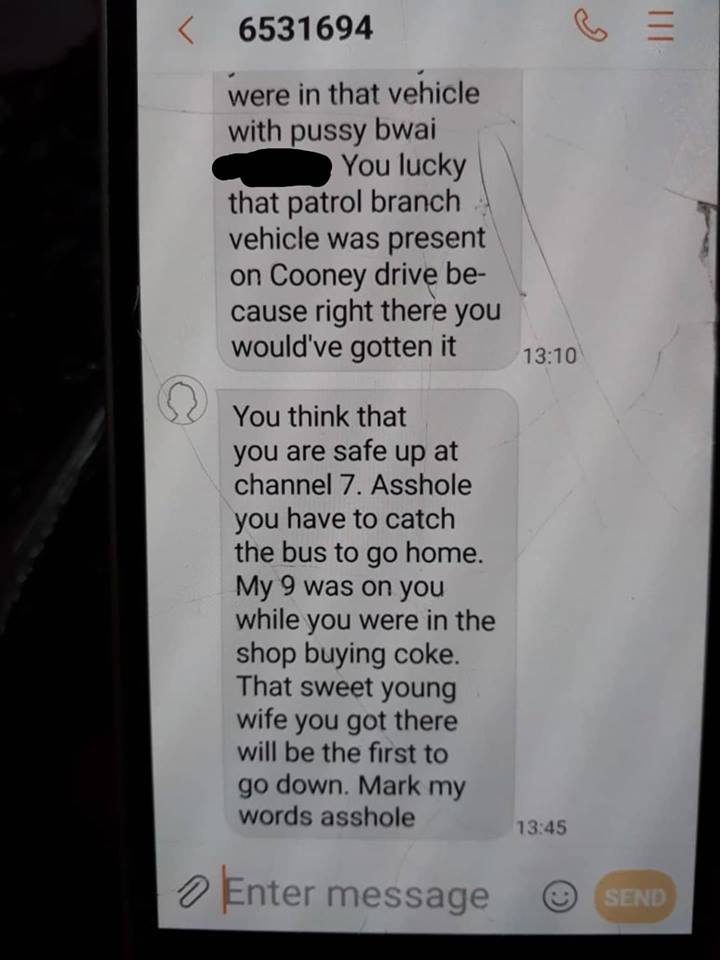 By BBN Staff:  Within an hour of hosting a ‘damning’ press conference, Edward Vincent Martinez received disturbing threats via text messages. At the press conference, Martinez called the names of top ranking Police Officers and Politicians who he alleges are being involved in the drug plane landings in Belize in association with the drug cartels.

Members of the press confirm that Martinez received the messages via regular text while still in their company.

The explicit threats states “you were warned, now you and your family are F*****”

The sender of the messages went on claiming that since Martinez messed with his boss and called his name in a press conference, to “watch the headlines in a couple days from now. Everything you love will die.”

“You can’t hide fool. We could have out your life when you were in that vehicle with…You lucky that patrol branch vehicle was present on Cooney drive because right there you would’ve gotten it…that sweet young wife you got there will be the first to go down.” the message noted.

BBN could not confirm who the sender of the message is.

Edward Vincent Martinez is the half-brother to Minister Anthony “Boots” Martinez and made news in September 2018 when he posted to social media pictures of a drug plane as well as coordinates as to where a purported drug plane would be landing.

Edward Martinez claims that he does not have a cordial relationship with his brother, Anthony ‘Boots’ Martinez.