Commemoration of 100th Birthday of Father of the Nation, George Price 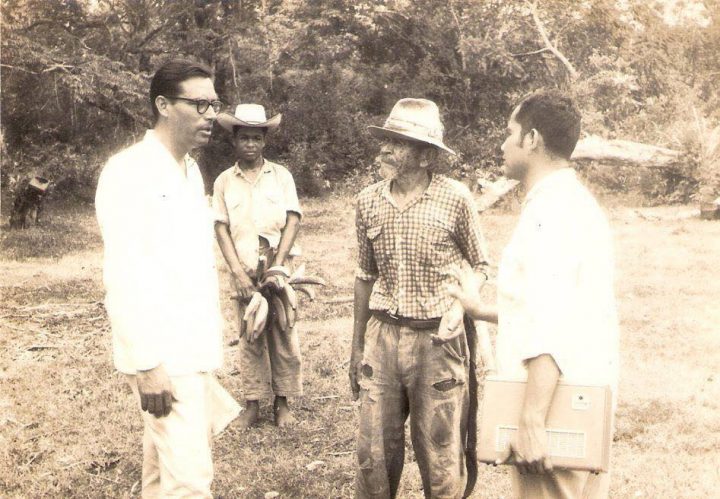 By Lisa Shoman: Today marks the 100th Anniversary of the birth of the Right Honorable George Cadle Price on January 15, 1919.

The man who we now call the Father of the Nation was not always universally revered nor was he uniformly prized for his just achievements during his lifetime.

In fact, it was not until after his death on September 19, 2011, that the tributes and praise came pouring in, from a grieving nation in which all then realized the extent of our loss.

Today is one of celebration and commemoration for the life of one remarkable man, who with a singular vision and a determination of purpose, held our hands and walked with us to our independent destiny, to achieve the birth of a sovereign nation, with its territorial integrity intact.

To be sure, he did not do this alone, and he was always careful to ensure that Belizeans understood that all our collective effort was going to be necessary in order to build our nation.

One of his best known poems exhorts and reminds us that “Nation building is a task for giants”. It is clear that George Price expected us Belizeans, ordinary and extraordinary, to BE giants, to work at the task, without “looking out to sea”.

On reflecting in the last few days on the life and achievements of the Father of our Nation, and thinking about the upcoming referendum, I was comforted by one thought : that Price never took either the praise or the vilification to heart, and he certainly never allowed either to distract him from his central purpose – building a nation.

There must have been many times when he felt exhaustion and despair, but he never permitted either emotion to derail his purpose. Being human, he must have felt fear, but as a devout man of faith, he never allowed fear to rule or govern him nor his actions.

You see, Presho had faith in US, in the ability and capacity of Belizeans to be nation builders. He expected us to do the work, and to do so with the same passion and singular purpose that he had, and without fear.

All the histories and biographies about Price say the same thing, that he knew that his cause was just and that he did not falter or fail to focus on achievement of that purpose : our independence with our territory intact.

There were so many who predicted economic and political failure, invasion, who said that we were not ready, and warned that without a defence guarantee that we were doomed.

GCP heard it all, including the voices of those who called him traitor and accused him of selling out to Guatemala, and still he moved steadily towards September 21, 1981, unshaken.

He did so, despite the protestations of a prominent political leader who went to the UN, fueled by doubt and fear, to say that Belize should not proceed to independence until there was a settlement of the unfounded Guatemalan claim.

Price would not permit Guatemala any such veto over our national destiny. And even though he knew that we would not get the defence guarantee that we wanted, armed with the UN Resolution passed in the General Assembly on November 11, 1980 and approved by 139 votes in favor, 7 abstentions and none against, with all Security Council members voting for it, moved ahead to Independence Day.

None of us are born without doubt and fear, but it is what we do despite that doubt, in spite of fear that really matters. George Price acted. And we became a nation, sovereign and free with all our territory intact, 37 years, 3 months and 26 days ago.

If you truly want to honor George Cadle Price and his legacy to our nation, then fulfill his faith in us and build our nation. Build our nation by overcoming your fear and doubt, stop looking out to sea hoping for salvation from elsewhere, pick up your tools and follow the Father of our Nation.

Words are not enough. Work is required. And the time is now. You are the builder