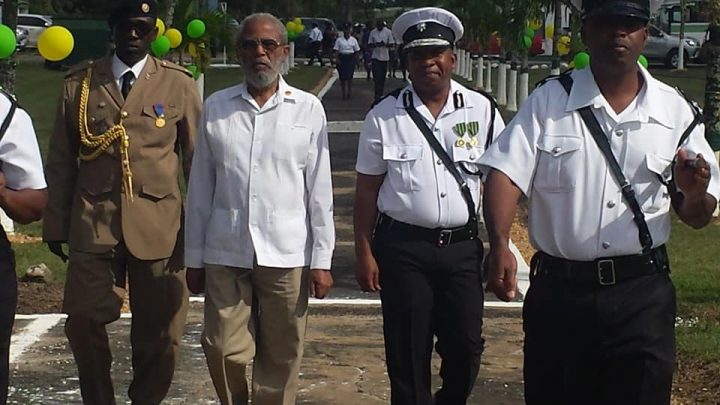 Williams is now the 13th Commissioner of Police in Belize. Williams is a familiar face to Belizeans, with over 20 years of service in various capacities in the Belize Police Department and a pillar of police and community engagement.

“And then to raise a second toast to the Little Giant who is now the Commissioner of Police and has the task of moving the police department forward.  Congratulations to Chester Williams and a toast in his honor,” Saldivar said.

COMPOL Williams says that he recognizes that Belizeans hold him in high regard and a lot is expected from him now as Commissioner.

“Indeed to whom much is given, much is deserved and I know that the Belizean people hold me in high regard and they are expecting a lot from me,” Williams stated.

He assured Belizeans that under his administration the department will do its best to tackle the crime situation and will work in partnership with the communities.