Belize~ Were all negotiations tried and failed? 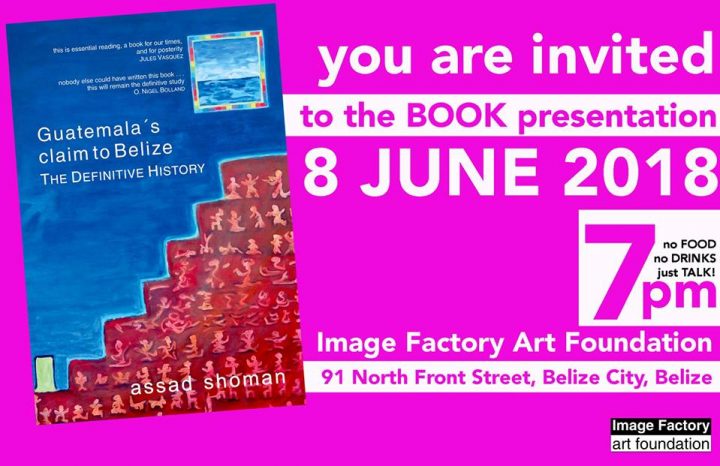 those of Breaking Belize News.

By Richard Harrison: One of the principal reasons given by Assad Shoman for why Belize should vote yes to take the disputed Guatemalan claim over Belize to the ICJ…is that “all negotiations were tried and failed”.

This politician/historian/lawyer, of Palestinian decent, who has been in semi-retirement in Cuba for over 20 years…is now at the center of Belize’s ICJ debate…his book “A Difinitive History of Belize” is being sold as the bible for why Belize should vote “yes to ICJ”….and he himself has been contracted to go on road shows actively selling the “yes to ICJ” campaign across Belize.

If in fact all negotiations were not tried…and thus could not have failed…then there would be no justification for going to court at the ICJ…worse in the urgency with which this ICJ agenda is being pushed.

So….were all negotiations tried and failed?

Let us look at what negotiations were tried first:

After Heads of Agreement failed and Independence was granted to Belize under the Commonwealth; on September 21, 1981; Guatemala broke off relations.

Until 1990 talks were reopened so that official diplomatic relations were started in 1991….and which went sour by 1994….until 2000 talks warmed up again under the OAS…which has featured Ramphal/Reichler Facilitation Process, Maritime Areas Act and Confidence Building Measures that lead to 2007 agreement to go to ICJ.

Hence, two things can be said about the negotiations:

(1) they were scanty, uninspired, uncreative, and spread thin over at most 10 years out of our 37 years of Independence

(2) they were very shallow-based in border area and did not touch the personal lives of vast majority of Guatemalans and Belizeans, who mostly live far from the border, but rather pandered to the military-elite government exclusively.

The scant little that has been done resulted in 74% of Guatemalans not participating in their referendum in April 2018…in other words, they are not interested in the claim.

Thus, ALL negotiations were not tried and failed…and this lie will be proven very soon when Belizeans vote in vast majority “No to ICJ”…which will cause nothing more than to send all parties back to the negotiating table.

Fresh negotiations must be deeper and broader…with a lot more cooperation, coordination, cohesion, collaboration and even collusion…to positively affect more lives on both sides…to grow respect and trust between the peoples and governments of Belize and Guatemala….so that the amount of people not interested in the claim will grow to over 90% in no time…and governments will have to respect the will of the people.