Belize~ The ICJ in Numbers 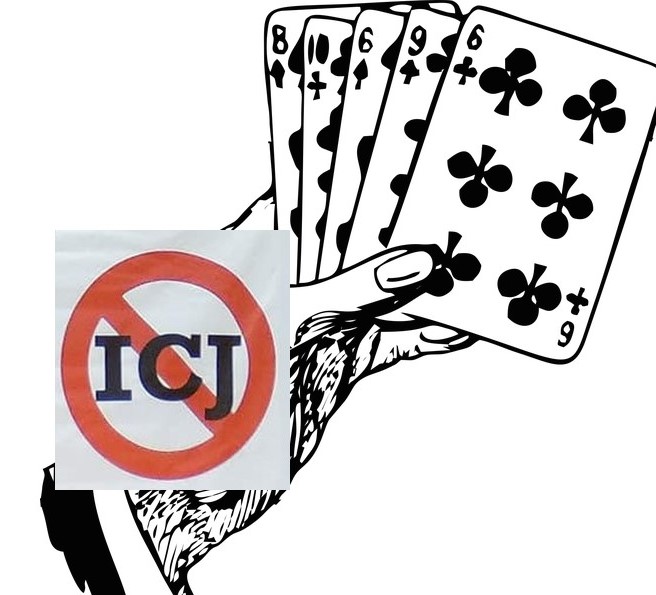 
The views expressed in this article are those of the writer and not necessarily those of Breaking Belize News.

By Richard Harrison: The use of numbers in analytical models allows one to be more precise and concise in breaking down any complex challenge into its various parts….so that like a microscope we can see things more clearly in greater detail…understand them better…and thus make better decisions.

The attempt by external forces allied with local pimps of the elitist status quo to drag Belize to the I.C.J. slaughterhouse is one of the greatest challenges the country has ever faced…it requires detailed observation, documentation and analysis…so that the best conclusions and recommendations can be drawn.

There are various basic numerical concepts that can assist us in this endeavour:

WHAT EXACTLY IS THE CLAIM?

The truthful fact is that we do not know what exactly Guatemala is claiming. Many intellectual Guatemalans voiced that they just want the existing border to be properly surveyed, cleared and policed so that no more innocent civilians die from wrongful incursions because of not knowing exactly where the borders are. The official song of the Guatemalan government has wavered from 53% of Belizean territory south of the Sibun to 100% of our territory….to full recognition of our independence and territorial integrity in 1991 by President Serrano…and shortly after by their Constitutional Court and Congress.

If going to the ICJ was only about verification of the validity of the 1859 Treaty for the purpose of a more accurate demarcation of the boundaries…then by all means…as the British always agreed to on that basis…lets go to the ICJ.

ANY AND ALL CLAIMS

The existing Special Agreement for going to the ICJ contemplates consideration…indeed, legitimization…of any and all Guatemalan legal claims…related to maritime, insular and territory….taking into consideration every treaty and agreement made to date…(not only the 1859 Treaty)….many of which are unconstitutional in Belize…not in the least, the 1991/2 agreements in which Belize representatives signed unto the premise that cast doubt as to the validity of our borders…among many other acts and practices that can be construed as ACQUIESCENSE.

When faced with any decision, this process forces one to consider his own best self-interest above any other. What do I have to win or lose by undertaking this decision? This ICJ challenge is born from the Guatemalan unfounded claim over Belize…not from any action of Belize. It is an initiative that seeks to advance Guatemala’s own self-interest. The way how the cards are stacked…Belize has nothing to gain and much is at potential risk of loss. Meanwhile, Guatemala potentially can gain much, but has absolutely no chance of losing anything. In layman’s terms, Belize is “holding the shitty end of the stick”.

If Belize only have to lose and nothing to gain….why not take one of those three components first…instead of taking the risk of losing all 100%…versus only risking 33% and see how that goes? The yes voters argue that such a decision would show doubt of ownership to the court….I argue that the court would view that as responsible, shrewd and prudent.

If there was a very attractive “peace dividend” officially supported by the Friends of Belize and Guatemala…and the UN…and the OAS…some win-win balance could possibly be considered by the people of Belize.

In the original Special Agreement of 2008, the Constitution of Belize requirement for 2/3 majority vote on issues related to our borders was taken into consideration. A 60% threshold was required in the referendum rules. In 2013, the Special Agreement was amended to ZERO threshold…which means that if ONE voter participates in the referendum, and votes yes to ICJ…then that one voter can decide for all 400,000 Belizeans that we should go to the ICJ….they threw away the Constitutional democratic standard of Belize….and adopted the constitutional standard of Guatemala…where their constitution allows the minority military/elite to decide for the majority. Belize needs to abide by its own Constitution in all matters, if it wants and expect others to respect its rights and responsibilities enshrined in its Constitution…Schedule I of which describes our borders.

HOW LONG HAS THIS CLAIM BEEN GOING ON?

The truthful fact is it has been an on-again, off-again claim over the past 157 years… used as a political football by both sides when it is expedient for purposes of distracting the people from internal challenges that the party in power is unable or unwilling to address.

Indeed, there has only been a couple flare ups that require mention…both were before Belize gained its independence and sovereignty with full territorial integrity on September 21, 1981….under the UN Charters SELF-DETERMINATION principle, as part of the post-Second World War NEW ORDER for the DE-COLONIALIZATION of states.

So what is the urgency? Why this rush to the ICJ all of a sudden? When Belize is in its worse-ever state of economy, of crime and drugs, of impunity and corruption, of poor international relations and reputation, of poverty and hopelessness…having lost so many cases in international courts over the past ten years…and blatantly disregarding and disrespecting the judgment of those courts. Recently, Guatemala kicking the UN anti-corruption CICIG out of their country shows that they also suffer from lawless, would-be dictatorship.

Belize has so many more important challenges to face, than to rush to attend to an unfounded, disrespectful, unjust claim by a bully neighbor with 5x the land mass, 40x the population and 40x the size of economy.

There are many more numbers that can be chewed upon: how much will ICJ cost? How long will it take? How will that period of limbo affect the viability and development of Belize? etc etc