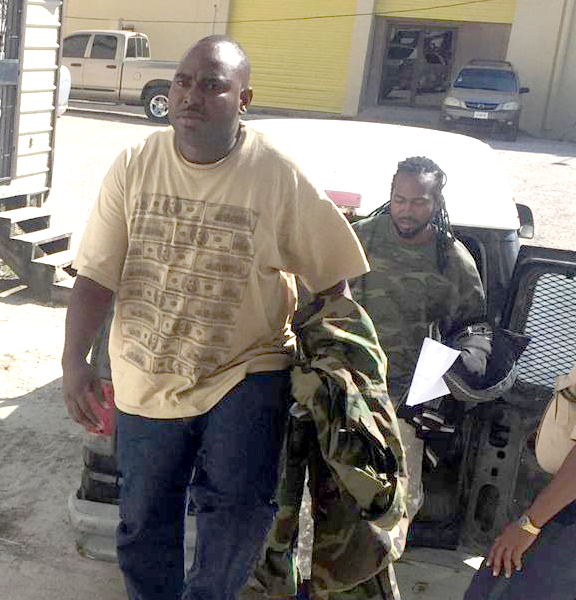 By BBN Staff: This afternoon, interdicted police officer Darrell “Tutsi” Usher, 36, and his brother  Dorian Usher, 35, walked free from all charges in Belize Magistrates Court after the victim decided against to taking the matter to trial.

The Usher brothers appeared before Magistrate Emmerson Banner, with Dorian answering to charges of ‘Aggravated Assault with a Firearm’, while Darrell was charged with a single charge of ‘Harm’. The victim, Christopher Faber, told the court that he didn’t wish to take any further court action.

Before telling them they were free to go, the magistrate emphasized that they were lucky to have the complainant withdraw the case. The charges were in respect to an incident that happened on the night of Sunday, January 27, where Darrell Usher punched Faber in the face several times, despite him trying to flee the altercation.

Faber was reportedly preparing to retaliate when Dorian Usher pulled out a gun and told him that he would shoot if Faber attacked.

The incident is not the first time that a complainant has withdrawn a case with respect to Darrell Usher. In 2013 Usher was charged for punching a teacher, Christine Neal. Neal said that Usher had punched her in the head and the stomach, but later told the court that she did not want to pursue the matter any further.