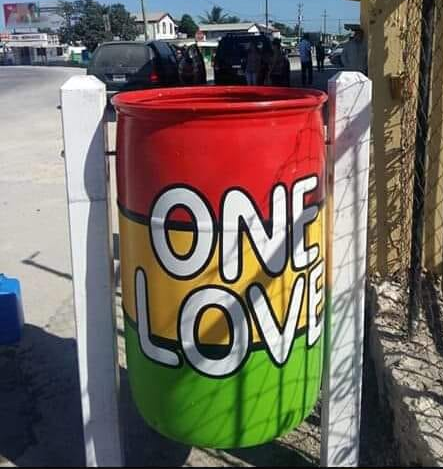 By BBN Staff: For over two years there has been a persistent garbage problem in Sarteneja Village in Northern Belize. The village doesn’t have an official system for collecting garbage so residents pay someone with a horse and cart to take their garbage to the dump site located a couple miles from the village; however, that dump site had to be closed down.

To make it worse, some residents have trouble accessing the temporary dump site, so some have taken to throwing trash at random areas in the village ruining the aesthetics and possibly causing a health hazard.

To combat the rising problem, villager Eiza Muñoz decided to take action, initiating a project to set up 10 garbage drums all over the village and set up a system for garbage collection.

Muñoz told Breaking Belize News that she got inspired when she saw that someone was doing a similar project in Corozal, and offered to donate one of their drums to Sarteneja.

“I thought, if someone from outside the village is willing to do something to help this problem, then I couldn’t just stand around and talk about doing something. This isn’t political, this is about coming together and doing something for our village.”

Muñoz said that she met with NGO’s the principals of various schools in the village and community members interested in joining the initiative, which added up to nine groups in all. Three of those groups have already secured their barrels and are having them prepared for installation. The nine groups also agreed to collect the garbage and take it for disposal at the temporary dump site, located about a mile outside the village, on a weekly rotational basis.

“It was amazing to see that everyone, all nine groups were willing to jump in on the project for the good of Sarteneja,” Muñoz said. “We already have the pledges for the remaining 7 drums and we are hoping to have everything set up in the next two weeks to begin the pickup rotations.”

She stressed that the real success of the initiative is the unity that it has inspired within the village.