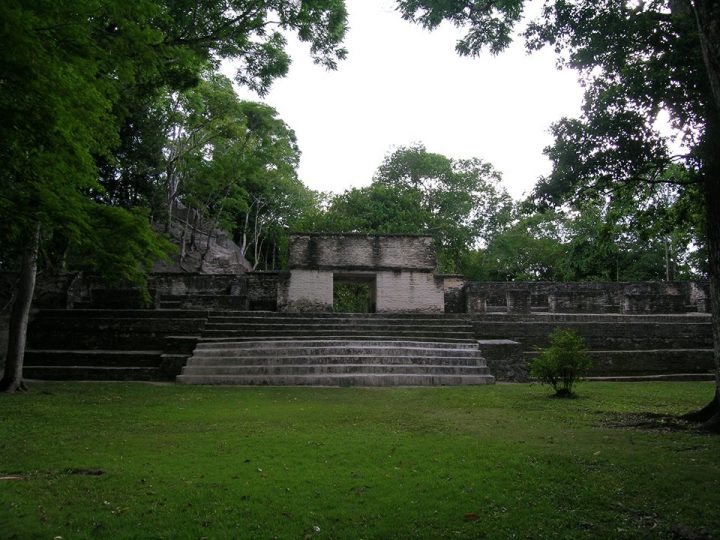 By BBN Staff: The ancient Mayan city of Cahal Pech in Belize is still revealing secrets about the world of elite Maya politics as highlighted in a recent article from Forbes Magazine. A team of archaeologists recently published their findings after analyzing an elite burial at the well-known Maya site.

The team noted that since the Mayan civilization settled in dozens of communities across Mexico, Belize, Guatemala, Honduras and El Salvador during the Classic Period (AD 250-900), the Mayans were never unified under a single political entity but rather shifting dynamics including political alliances.

The team excavated a burial site at Cahal Pech which included the remains of three individuals believed to be members of the elite Mayan society. The items found and rituals discovered indicate that those buried at the site were important individuals, though, not royalty. According to the team, ‘individual 3’ was the first to be buried at the tomb around AD 250 then the other two, individuals ‘1’, an adult female, and individual ‘2’, an adult male, were added to the burial several centuries later between 525 and 600 AD.

The archaeologists also noted that individual 2’s left femur was removed from the site some time after his burial and replaced with a painted and carved jaguar femur. Researchers, however, are unclear about the significance of the ritual. The team also found jade beads, jewelry and finely crafted ceramic vessels throughout the tomb. Among the ceramic vessels found, one was done in the style of Teotihuacan, a non-Maya city located hundreds of miles away from Cahal Pech in the mountains of central Mexico, suggesting that the Mayan elite saw value in maintaining international relations of some sort.

One of the most surprising items found in the tomb, however, was a conch shell which had been cut in half and used as a paint palate. The item was laid flat on the chest of the male individual, who is presumed to have been a scribe or mural artist, which were important professions in the Mayan civilization.