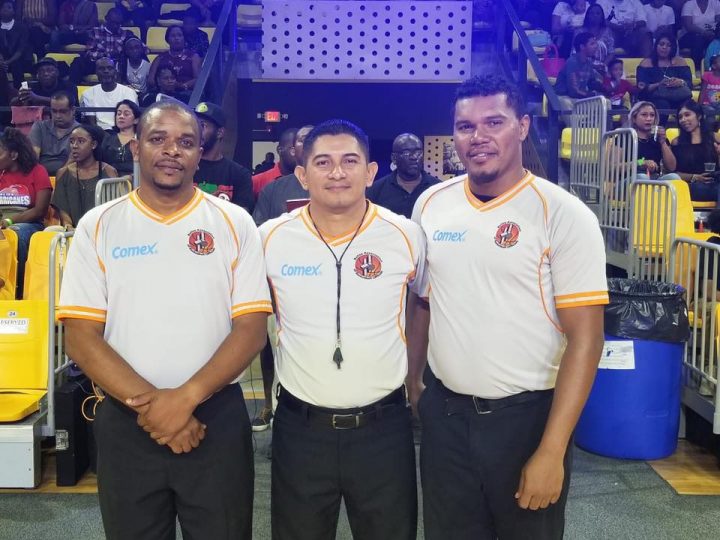 Referees are the repugnant, nasty, ugly face of any league, tournament or game. Our culture has deceived us to paint officials as the villains, the enemy and the curse. We are brainwashed into believing that they must be perfect, unblemished creatures without embodying any human element. We are coerced to join the blemished testimonials of their failures, faults and incompetence. However, as a village, as a town, as a community, as a district, as a nation, as a people we must appreciate their importance to our beautiful game, viewing them as partners and shareholders, rather than opponents.

Our officials are belittled, maligned, cursed, threatened, verbally abused, assaulted, criticized, embarrassed, pressured and humiliated on a constant basis, while their sole objective is to be partners in the same joy we share. Sports fans have been shortchanging this crucial profession, despising their importance and needs. They become helpless victims. They are handicapped in their responses. They are expected to respond with politeness and professionalism, even though they are exposed to insult and barbarism. As a people we forget to realize that referees are beings that deserve the basic level of human respect and basic dignity. They become victims of the very game they love. They are scrutinized and mock. They are exposed. They are unfairly treated. Fathers, mothers, brothers, sisters, friends are now viewed as mere opponents. They become antagonists to the game.

Fans will be the first to chastise a referee for an unfavorable call but does not demonstrate the same venom towards a player when they miss a shot or make a mistake. Players are given a pass for losing a game, while all blame is heaved on the laps of the officials. The National Basketball Association (NBA) and the National Football League (NFL) have invested million of dollars to better their officiating, including the introduction of technology and instant replay. Yet, no league can eliminate the crucial component of human nature. Technology, replay, slow motion graphics, varying angles and expanded images still cannot guarantee an accurate call, yet referees are held at such unfathomable standards, despite the fact that they are expected to make a perfect call in an imperfect, rapid situation. Such false expectations breed disappointment and disaster. Majority of calls are mere judgment calls, based on angles, in the nick of time.

As a people we must change. A paradigm shift should sweep all our sporting arenas where we show a greater level of respect toward our officials. We must demand better from each other. We must hold each other accountable. To achieve this goal we must realize that the solution, like many other solutions, begins with us. Change starts with me. As ambassadors to the game we must transition to become better human beings. We must treat each other with respect and dignity, and that must extend to our referees and game officials. I must change. Our fans refract what they see and as result of that phenomenon we demand a higher standard from all our players. We demand a higher standard from our coaches and team mangers and owners. Fans feed off their vibes. As a league, we hold them at higher standards.

I was saddened by the incidents that transpired in August 2018 when a female football referee, Yuri Daniels, was assaulted in the Corozal District by a player. Despite public outcry for such an audacious act, we immediately returned to the status quo on how we treat our officials across all sporting disciplines in Belize. If such an incident does not ignite change in us, we are embarrassingly failing as a people, as a nation. How can we condemn the player who punched a female referee in her face, yet we continue to belittle, shout at, embarrass and abuse referees at the next sporting event we attend? How can we condemn the very actions that we are feeding? We must do better. The English soccer fans, referred to as hooligans, are universally known for their untamed behavior at football matches. I wish one day Belize could be identified as a country that honors and respects officials across all sporting events. However, it starts with me. Change begins with me. I must be the catalyst that initiate such cultural shift. It requires going against the norm. It demands that I take responsibility for my actions.

I am in no way declaring that officiating in Belize is at its highest point. There will always be room for improvement. I am in no way refuting that our officials need to invest time in physical and mental training and in being more familiar with the rules of the game. However, it is a process that we must all embrace. Constructive criticism is a sign post that we are moving in the right direction on this long, but important journey. At a game we can discuss the performance of the referee, but let us practice to do it with respect. Speak to the person beside you quietly. No need to shout, react and belittle the officials during the game. No need to curse and yell. We must improve our game as fans to cheer on our team rather than condemning the officials. A lot of fans invest their entire game experience focusing on the officials and not cheering on their team. We must bring back “lef the refs lone”, “play tru the call” and “we will get the next one”. We must mature. We must do better. The very game we love hinges on it. This year the NEBL will be giving out a Sportsmanship Award to a player and a team that demonstrate the greatest level of respect towards the referees this season. It is a first step on this journey to recovery. Respect the Refs. The NEBL salutes all our referees and table officials and we appreciate the time and hard work invested in our league.

In closing, it is an opportune time to honor our career basketball referees who have served the game of basketball over many generations. Glen Gill, Teddy Andrewin and the late Leroy Clother were the three referee stalwarts who shouldered the officiating load in Belize for over 30 years, giving of their time, energy and personal resources to see the sport of basketball blossom in our country. These three men were the pioneers in officiating, being the first three qualified referees in Belize after obtaining their international FIBA certification. Mr. Gill hails from Belmopan while Teddy and Clother are from Belize City. These men traveled the length and breadth of Belize to officiate games and their names and faces are well known to both ballers and fans. The second generation of FIBA certified referee included John Isaac Rhys from Dangriga, while the third tranche of FIBA certified referees now include Marlon Castillo from Dangriga and Melvin Pinelo, who is originally from San Ignacio. These men have upheld the standards of excellence in officiating and prepared themselves to meet the international criteria to obtain a FIBA license. They have officiated FIBA sanctioned games in Mexico, Central America and the Caribbean. Kudos to our existing pool of referees who are presently serving in the NEBL and to all referees in the country of Belize. Your hard work, passion and dedication is much appreciated. Your service keep the game alive. Keep doing what you are doing despite the challenges constantly faced in this field. Thanks again.