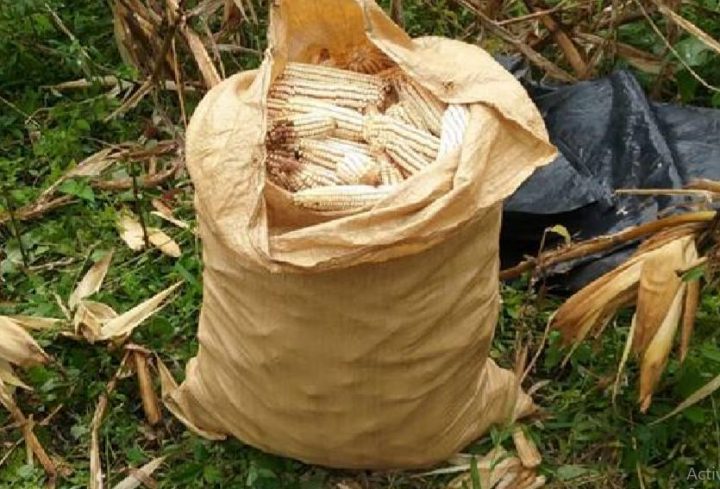 By BBN Staff: On February 1, 2019, a joint patrol of personnel from the Belize Defense Force (BDF) and Friends for Conservation and Development (FCD) were in the area of Cebada in southern Chiquibul when they busted 3 Guatemalan farmers.

Authorities met the 3 men working on an agricultural field located 600 meters inside the Chiquibul National Park.

According to FCD, this section of the park has been altered by Guatemalan farmers with the removal of forest in order to plant their crops.

The men had crocus bags full of corn.

The men were then handed over to the San Ignacio Police Station at 3a.m. on February 2, 2019.

They are expected to be charged by the Forest Department for illegal entry and illegal farming in the Chiquibul National Park.

The area of Cebada has been steadily been used by Guatemalan nationals for agricultural farming and cattle ranching.

For years it has been a hotspot due to the forest degradation occurring in the region.

As a result of this ongoing illegal activity, the Cebada Conservation Post was inaugurated in June of 2018.

Since then the Conservation Post has been manned by BDF Soldiers, Forest Officers, and FCD Park Rangers with the aim of reducing the human footprint expansion.