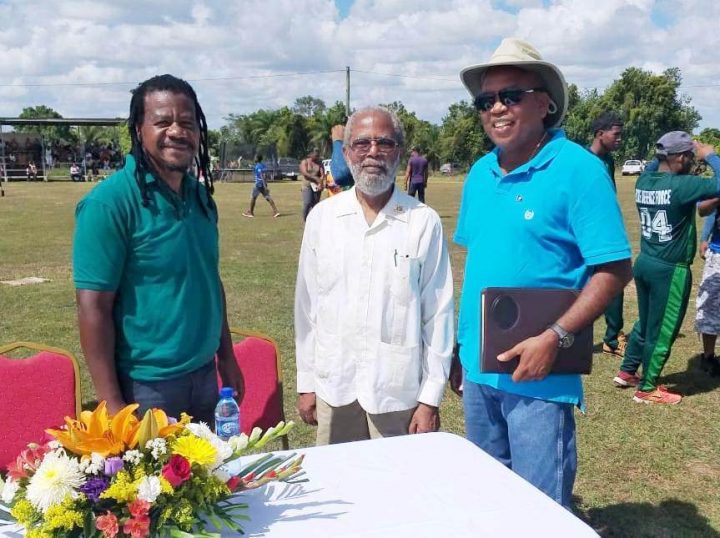 By BBN Staff:Minister of Transport and National Emergency Management and Area Representative for Belize Rural North, Edmond Castro, was one of the main speakers at the opening of the 2019 Barry Bowen Harrison Parks Cricket Competition in Bermudian Landing on Saturday, February 2, 2019.

In his address, Castro pledged his full support for the Belize National Cricket Association (BNCA), remarking that while he believes Belize Rural North is a haven for the sport, he would like to see the full development of cricket throughout the country of Belize.

Castro also said he would also like to see the construction of a professional cricket stadium built to an international standard, hopefully with assistance from the International Cricket Council (ICC).

Saturday’s opening of the cricket competition was also attended by Governor General, Colville Young, who emphasized the importance of good discipline by players and respect for officials.

President of the BNCA, Doctor Roy Young outlined the association’s plan up to 2030 for the development of Cricket throughout Belize.

Young emphasized the importance of consistency and maintenance of high standards by the BNCA and other organizers of the sport.

Following the official opening on Saturday, there was an all-day marathon featuring teams that will participate in the competition.

Taking first place in the marathon was the Belize Defence Force (BDF) team which received a monetary prize of $1,000.

Second prize of $500 went to Summer Fever of Bermudian Landing.

Chief coordinator for the opening ceremony and marathon was newly elected Secretary General of the BNCA, Alphius Gillett.