Hunting Season for Iguana is closed 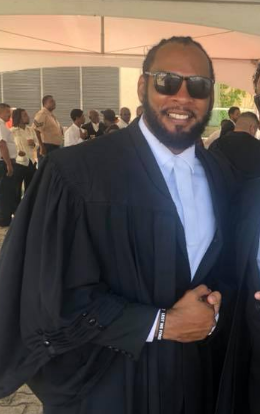 By BBN Staff: Last week, attorney Dickie Bradley announced that he would be acting on behalf of an anonymous party to challenge the 2008 Special Agreement (Compromis) that was signed between Belize and Guatemala, a move which attorney Orson Elrington says is questionable.

Elrington, an advocate of settling the territorial dispute with Guatemala at the International Court of Justice (ICJ), told Breaking Belize News  (BBN) that he finds the timing of the proposed legal claim to be odd, given that the country is scheduled to go to referendum in less
than two months.

“It is peculiar that they waited this long. How long was the agreement signed? They had 11 years, why bring it now?” Elrington said.

He added that he could not fathom any grounds the anonymous party would have to file a legal claim, and considered the possibility that
it may be some form of mischief.

In an interview with the Amandala, Bradley said that his clients are seeking several declarations from the court, key among them is that
the Compromis is null and void and cannot be followed. Bradley could not disclose the specifics of the argument but noted
that the case will involve the court looking at the constitutional requirements for the government when making decisions. He also noted
that the decision to sign the Compromis was thrust upon the Belizean people without consultation.