Hunting Season for Iguana is closed

Canadian kidnapping case with Belize ties postponed for another month 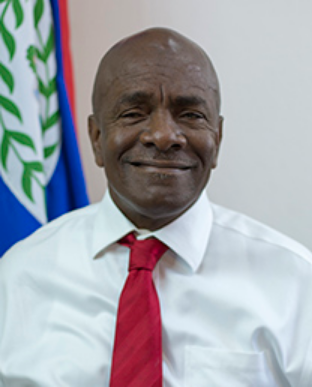 By BBN Staff: Minister of Housing and United Democratic Party (UDP) whip, Michael Finnegan, today called on the residents of his constituency in the Mesopotamia division to support the government’s ‘Yes’ position to taking the territorial claim with Guatemala to the International Court of Justice (ICJ).

In a letter from Finnegan to Mesopotamia residents, the incumbent area representative said, “For nine consecutive elections, you the voters of Mesopotamia division have voted for the United Democratic Party and during that period of time, you and your area representatives have worked closely together. We have depended on each other for guidance and truly there is nothing more important and beautiful in this world than the mutual respect which we have shared over the years.”
Finnegan informed his constituents that after carefully considering the issue and speaking with many international experts he has decided to vote ‘Yes’ to the ICJ in the upcoming April 10 national referendum. Finnegan likened taking the territorial claim to the ICJ to seeking medical advice and getting a second and third opinion from different doctors. According to Finnegan, he has consulted with “the best experts within the realm of international law, both locally and internationally”.
He says that all the experts have told him that Belize will not lose anything, “not even a blade of grass”. He said the experts have also said that going to the ICj is the only way to forever end Guatemala’s claim to Belize. Finnegan urged his constituents to listen to the facts surrounding the claim. “This issue is far too important for us to give in to fear and not participate,” he said.