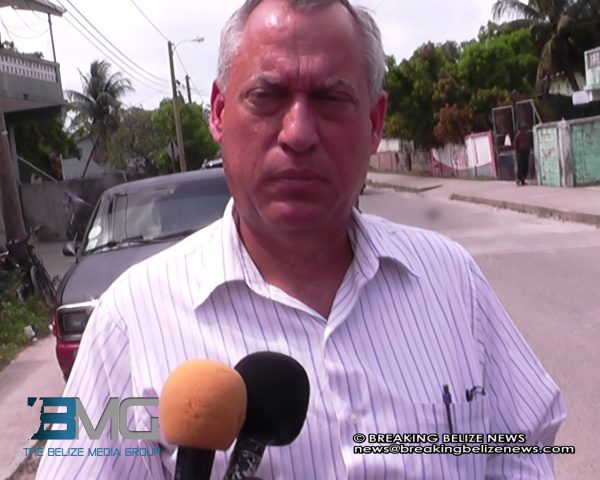 By BBN Staff: From an estimated budget of eight million Belize dollars as first reported by Minister of Foreign Affairs Wilfred Elrington in April of 2018, the budget for the referendum campaign on taking the unfounded Guatemalan dispute to the International Court of Justice based in the Netherlands has so far shrunk to a quarter of that – approximately 2.5 million.

According to Financial Secretary Joseph Waight, who spoke to reporters on Friday, of the funds already allocated, some two million dollars has been spent with less than two months to go to the April tenth referendum date. In contrast, according to Guatemala chief of elections Gerardo Martinez Ortiz during an interview in December, Guatemala spent around 3 hundred million quetzals, or approximately 78 million Belize dollars, for their April referendum in 2018. Belize’s budget would amount to about 3 percent of Guatemala’s spending.

As for where the money is coming from, some 1.3 million was granted by the British Government, and another 500 thousand from the United States, with the rest coming from Government’s own coffers. At present, there is no indication of whether any more funds are coming in or if any will be allocated in the coming budget exercise.

The international funding is being managed by the United Nations Development Programe and the Ministry of Foreign Affairs is in official charge of the campaign. Waight made note that the Government’s financial rules, regulations and SmartStream system are in effect. As for what the spending is on, Waight listed various contracts for advertising services including billboards, media commercials and so on as well as salaries and transport. He predicted that the campaign, assuming no further funding, will not “exceed” the planned budget.

Guatemala was able to bring out nearly two million voters from a population of seven million for a 26 percent voter turnout, of which an overwhelming majority voted YES to settling the claim at the I.C.J. This is the highest turnout for a referendum in that country ever. This is Belize’s second referendum; the first, held concurrently with the 2008 general election to decide whether Belize’s Senate should be elected, garnered 46 percent voter turnout, of which 61 percent voted in favour