PUP calls for investigation into bank accounts of Minister of Works, Rene Montero and CEO Gentle 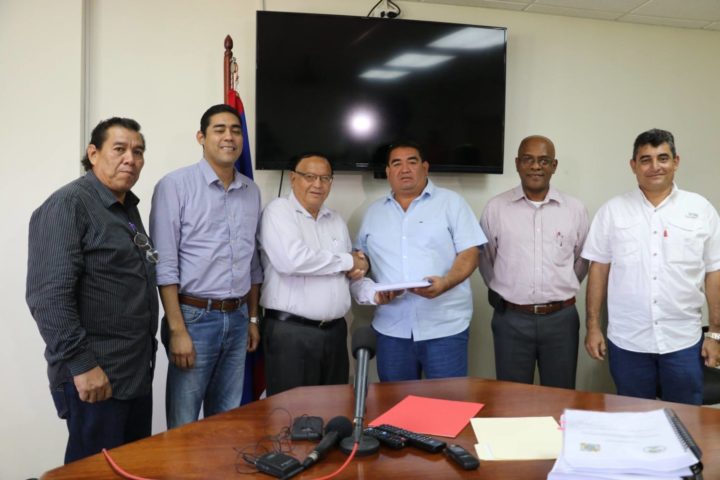 Imer Hernandez is the nephew of former Deputy Prime Minister Gaspar Vega. Hernandez has been awarded yet another contract for roadworks on the George Price Highway between Blackman Eddy and Santa Elena.

The PUP says that the works must be done efficiently, responsibly and with integrity to ensure value for money.

“It is outrageous that based on the many contracts given to Hernandez under this Barrow administration, and the quality of the works done on those contracts, it is hard to come up with a contractor who does less quality work, and offers less value for money,” the PUP says.

The PUP says that despite strident outcry recently, the UDP insisted on giving Hernandez the controversial Faber’s Road contract at $8M for a mile of road, the section of the highway passing through Orange Walk Town, the Round-about at Trial Farm, the Sir Barry Bowen Municipal Airstrip Runway, the Caye Caulker Runway and other lucrative contracts worth many millions and with obvious and numerous flaws.

The party says that the continuous awarding of very large contracts to the same contractor who has demonstrated his incompetence on every occasion, must lead Belizeans to believe that there is more to these contracts than meets the eye.

“Indeed, there has been consistent speculation about kickbacks to certain Ministers and also monies diverted into UDP coffers from the public purse,” the statement says.

The PUP calls on the social partners and other relevant entities to stand with them against the awarding of this contract.

The PUP also calls on the Contractor-General to immediately investigate the past contracts of Hernandez and on the Integrity Commission to examine the bank accounts of those who have such free access to public coffers where the awarding of such contracts are concerned, including Minister of Works Rene Montero and his CEO, Errol Gentle.