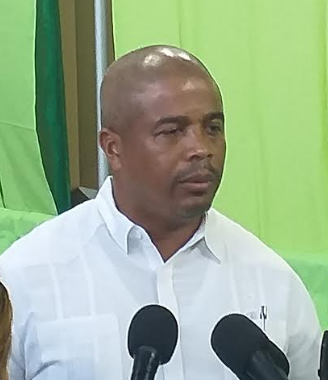 By BBN Staff: Belize City Mayor Bernard Wagner thinks that the Central Government should install more pedestrian crossings along the Phillip Goldson Highway, but Minister of Transport Edmond Castro doesn’t think doing so will save lives.

Wagner said today that the area is home to many residents who rely on public transportation and need those ramps available between the
Buttonwood Bay Boulevard and Chetumal Street roundabouts. He said that he maintains his position despite the Ministry of Works saying that CitCo needs to do more public education and enforcement of traffic laws along the area, as opposed to installing ramps.

“Our letter was sent from early November identifying those problems and I’m hoping the Ministry of Works would reconsider our proposal,” Wagner said.

Castro weighed in on the issue today, emphasizing that installing the ramps won’t work because Belizeans do not obey traffic laws anyways. He pointed to the crosswalk at the Palotti roundabout and made the case that many people, including mothers with small children, are often seen making dangerous illegal crossings in the area on a daily basis.

“So is putting another crosswalk, two or three or four, how will that save lives when we have an example of one right here that a lot of the
people are still not using?” Castro said.

Two people have died within months of each other as they tried to cross the highway at areas that were not designated for them to cross.The first,  Arturo Requena, died in November 2018, while the second, Marlena Mortis, died earlier this month. They had opted to cross over the barriers of the now four-lane highway, rather than take either of the crosswalks located near Scotiabank or near the Shell Fuel Depot, which are essentially a mile apart when you add up the going and returning trips.