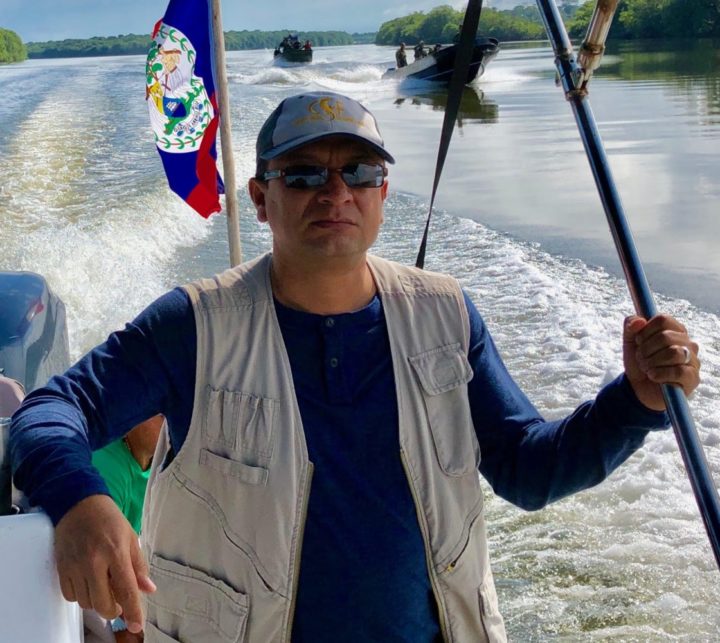 By Osmany Salas, Senator: Seven weeks from now, on April 10th, Belizean voters will be asked to make one of the most important decisions of their lives – to vote Yes or No to the ICJ.

I believe that there is a good chunk of voters that have already decided to vote Yes or No, for a number of fact-based reasons or otherwise, and nothing will change their minds. However, based on my visits across the length and breadth of Belize over the past few months, I also believe that many voters are still undecided. My sense is that the vote can go either way, with the many undecided voters holding sway on how this will end up when the ballots are counted.

We can come up with many reasons why we should vote No on April 10th. In several of his presentations, Assad Shoman listed close to 100 such reasons or “factoids” as he calls them. The proponents of the No vote have also laid out quite a few.

We can narrow these down to two main reasons: 1) Lack of trust in our political leaders, and probably most important of all 2) Fear that the ICJ’s decision may be unfavourable to Belize because, as the line goes, no-one can guarantee that we have an iron-clad case.

I understand those sentiments. I really do.

If I did not have what I consider to be a good understanding of the Claim and the options for resolving it, I would most certainly count myself as one of the undecideds or even one of the No supporters.

Even though I understand why we cannot bring ourselves to trust our political leaders, that is not a reason for me to vote No. My like or dislike of our current political leadership in government and the opposition will play no role in my decision of how I will vote. I trust my own informed judgment, which is what has made me arrive at my decision.

This brings me to why I will vote Yes:

We finally have a chance to put Guatemala’s unfounded claim behind us once and for all, and throw that unfounded claim into the garbage pile of history where it belongs!

What about the fear of an unfavourable ICJ decision? I am not afraid of Guatemala or what can happen at the ICJ. In fact, I welcome the opportunity to go to the International Court of Justice. I acknowledge that the ICJ will be bound to consider the case based on Article 38(1) of its Statutes, which means that the Court cannot decide the case based on what they may consider to be fair and equitable to Guatemala. Instead, the case will be decided based on international conventions (treaties) and principles which are completely in Belize’s favour. That’s what our 2002 Legal Opinion and Guatemala’s 1950 Legal Opinion concluded. Many countries in the Commonwealth have conducted their own legal analysis of the case and have arrived at the same conclusion. I therefore say to Guatemala: Bring it on!

Guatemala has always been a larger country than Belize in many respects, and will continue to be so for a very long time – in terms of its population, its economy, its military, educational institutions, and the list goes on. With all that, Guatemala was not able to prevent us from becoming an independent country with our territorial integrity intact. Guatemala started to lose ground (pun not intended) way back in the 1960s when Belizeans first became involved in the negotiations.

Our younger generations of Belizeans may not be aware of this, but there was a time when we stood alone. Even the British wanted to carve out our land in order to appease Guatemala so that it would relinquish its claim over Belize. They continued trying until a few months before Independence! George Cadle Price and his team did not budge, even though they played the negotiation game for many years in order to buy time to chip away at Guatemala’s international support. And chip away they did until Guatemala stood alone. In the end, not one country in the world voted against Belize’s Independence at the 35th Session of the United Nations General Assembly in 1980. That was a tremendous achievement!

Believe it or not, back in the 1970s right through to 1981, the UDP and many of its supporters actually opposed our movement to Independence and demanded that a 10-year moratorium be instituted, with Guatemala essentially holding a veto power over Belize’s Independence. If it were left to the UDP of those days, God knows how Belize would look like today. This reminds me of the 25-year deep freeze that the PUP and others are demanding now. What an incredible turn of events!

Belize persevered against all the odds. We launched a successful internationalization campaign the likes of which the world had not seen. Our team of politicians and diplomats held their own against not only Guatemala, but also Great Britain and the USA. We can and will hold our own against Guatemala again when we take the fight to the ICJ!

Some of the key persons who led our internationalization campaign to gain support for our Independence – such as Assad Shoman and Said Musa – are still very much active today. While we can, justifiably or not, lambast these gentlemen for many things, I trust their judgment on how Guatemala’s unfounded claim should be resolved while maintaining our territorial integrity. I also trust the judgment of former Foreign Ministers Dean Barrow, Lisa Shoman and Godfrey Smith as I am highly confident that they understand our legal and just position. I’m proud that they stood together, irrespective of political affiliation, to sign the recent Declaration of former Foreign Ministers. I did not see that Declaration as a charade. To the contrary, that day was a seminal moment in our history that will be seen for what it was – country above party – when the next chapters of Belize’s history are written.

The views expressed in this article are not necessarily the views of the Belize Network of NGOs.