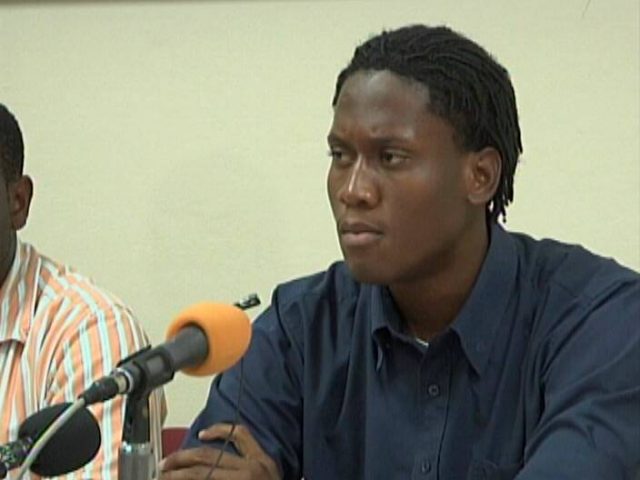 By BBN Staff: Belize City Councilor Micah Goodin has been stripped of the portfolios assigned to him indefinitely following an incident which took place at City Hall on Wednesday, in which he was reportedly involved in a verbal altercation with City Administrator Stephanie Lindo Garbutt and her driver.

Mayor Bernard Wagner and his council held a press conference on Friday to announce that Goodin had been stripped of his portfolios, which included Staff Development and Training and Youth and Sports, as a result of his conduct.

According to Wagner, Goodin stormed into Garbutt’s office during a meeting she was having seeking disbursement of funds for projects which had already been approved, however, when he was informed that the funds could not be immediately disbursed, Goodin reportedly went into a rage. The exchange was captured on an audio recording.

On the recording, Goodin can be heard telling Garbutt he feels targeted and disrespected. “I am an elected official. I da nuh lee bwai out ya and I deserve to be treated with respect,” Goodin said. Following this exchange, Goodin was reportedly confronted by a City Council staffer in the office and as the recording continues, Goodin can be heard telling the unknown staffer not to touch him.

Despite initial reports that Goodin had been assaulted, Mayor Wagner asserted that there was no physical confrontation and that it was all verbal. The council has sidelined Goodin but that is the extent of it. “Well, unfortunately, I can’t fire him. He is an elected official, he remains as a councilor,” Wagner told the media. While stripped of his portfolios, however, Gooding still remains on CitCo’s payroll.

Goodin has since publicly commented on the matter via his Facebook page saying that he has been publicly humiliated for standing up for his people. “Last week I could not take it any longer. I could not hide my frustration. I had to stand up. We campaigned on putting people first but life has only improved for a few special Belizeans,” he said.