Council of Churches says “Yes” to the ICJ

Pastor Louis Wade lashes back at Council of Churches 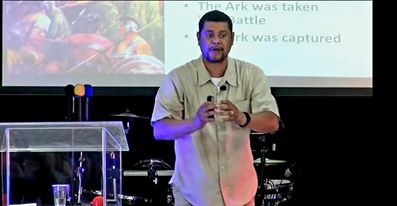 By BBN Staff: In a bombshell release issued yesterday, the Belize Council of Churches informed the Belizean public that in the interest of justice and respect for human need for peace, the council believes that a favorable vote in Belize’s national referendum is in the best interest of Belize and Belizeans.

The Council of Churches represents the Catholic, Anglican and Methodist Christian community.

Nazarene Pastor, Louis Wade took to social media to clarify that the Council of Churches does not represent his church or his denomination.

Wade has also been joined by pastors of the Evangelical community, making a public notice that the council does not represent their church or denomination.

Wade also stated that the Council of Churches who decided to publicly say ‘Yes’ to the ICJ, is the same council that believes that Imer Hernandez is an excellent contractor, Petrocaribe was well spent, and that Vega is not a normal person.

“The Council of Churches and the Church Senator continue to erode the confidence of the Belizean people as it relates to being an Unbiased, Neutral but Spiritual Authority in National matters,” Wade added.

The council also encouraged Belizeans to register to vote, be informed and participate in the April 10, referendum.

On April 10, 2019, Belizeans will decide whether or not to take Guatemala’s long-standing claim on Belize’s territory to the International Court of Justice for a final resolution.