The Sarstoon Protocol – What it means and why Belizeans should care

Putting the “Public” in the Public Accounts Committee 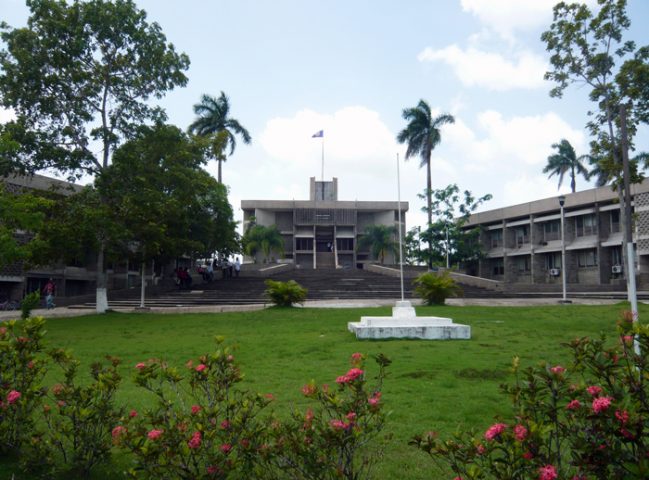 By Aaron Humes:  The Supreme Audit Institution of Belize released the 2012-2013 Report of the Auditor General on activities in various Ministries in 2017. After initially refusing discussion when the report was ordered to lie on the table in the House of Representatives, the Chairman of the Public Accounts Committee, Cayo South P.U.P. area representative Julius Espat, announced a series of hearings to ventilate issues in the report.

The Public Accounts Committee of the House of Representatives is one of the original committees formed by the House and the only one, in the interest of fairness, chaired by the Opposition party. Since Julius Espat assumed chairmanship in 2012, it has obtained a much higher profile as a result of his efforts to make it work as intended – to review the national finances to ensure good governance, accountability and transparency.

The Committee has forged a stronger working relationship with the Audit Institution, chaired by Auditor General Dorothy Bradley, and has communicated with both Financial Secretary Joseph Waight and the Accountant General during its meetings.

But those meetings have actually been few and far between due to the multiple missed appearances from the four members of the Government side – Deputy Prime Minister Patrick Faber; Ministers John Saldivar and Tracey Taegar-Panton and Frank “Pawpa” Mena. The other Opposition member is Kareem Musa. Infamously in October 2018, three government members canceled out due to acquiring sicknesses at the same time, though the Government denied any conspiracy. Later three straight meetings were canceled.

But a report – or rather, two – reports will be submitted to the House upon completion: the Chairman’s report and one from the Government side, which according to Faber will more “accurately reflect” the discussions held at those meetings which the Government side could make.

Espat reached an altogether inescapable conclusion both about the state of the PAC and government oversight some time ago. In May of 2018 he stated to reporters, “we have a system that is tremendously flawed in every aspect, where the Auditor General has stated that she cannot reconcile her report; the books are not reconciled, she cannot give a positive opinion on the report. We brought in the Accountant General who verified that; we brought in the Financial Secretary who verified that. So the way we are administering the people’s money is lacking; it is flawed; it is outdated; it is being run without any disciplinary procedures put in place.”

From the Government’s view as explained by Faber a few months later, there is no attempt to gloss over what has gone wrong, only to get to the truth: “In fact, there were many, many occasions where we agreed on practices that may have gone wrong and what can be done to fix them, but yet when the report came out some of these things were not reflected in it and that is what really took us aback.”

Government and Opposition also disagree on actually making the PAC’s meetings public as the name suggests. According to Faber, who discussed it with reporters in November of 2017, “Because of course you see how things are: people pick up things – they may have part of the story; they have little bits and pieces and then it is blown out of proportion and taken the wrong way. We’d prefer to meet in the confines of the Committee Room of the House and then later, once we have discussed what has transpired and we get the views of experts, including the Auditor General and the Accountant General and others who are very intricately concerned with the work that is being done, then the matter is taken back to the House where we can talk about it, we can debate about it; we can then give interviews, we can do whatever kind of exposure that needs to happen.”

Espat states, “I believe that a hearing, when it pertains to oversight, should be public. … And it shows that once a Public Accounts Committee is functioning properly in the public domain, you get better results, and the economy seems to move better and move faster than if you don’t do it.”

As a neutral observer, following her November 2017 meeting with the Committee, Auditor General Bradley had this to say: “I think people – you say you want certain things, you ask for certain things; but when you sit down and you start to discuss, you realize ‘wait a minute; we don’t have everything we need on the table to make the next move forward.’ And so I volunteered to sit with them, to go through the whole budgeting process if needs be, so that they can have a better appreciation for the work being done.”

So what else can be done to make the Public Accounts Committee have more bite? Both sides agree it is time to bring in the non-governmental civil society branch through bipartisan membership with the House and Senate. During his 2017 Independence Day address, Prime Minister Dean Barrow signaled his support: “Government, let me make clear in this context, is still agreeable to the expansion of the Public Accounts Committee, though the logistics of its conversion from a House to a bi-cameral entity are proving challenging. I invite the Chamber of Commerce again: help us; you have a number of lawyers. Our draftsperson is overwhelmed. Help us to draft the instruments that can produce this transition.”

Perhaps that radical change is needed to ensure the Committee, full of those who represent us, get their jobs done.