First annual Coconut Festival to be held in Corozal 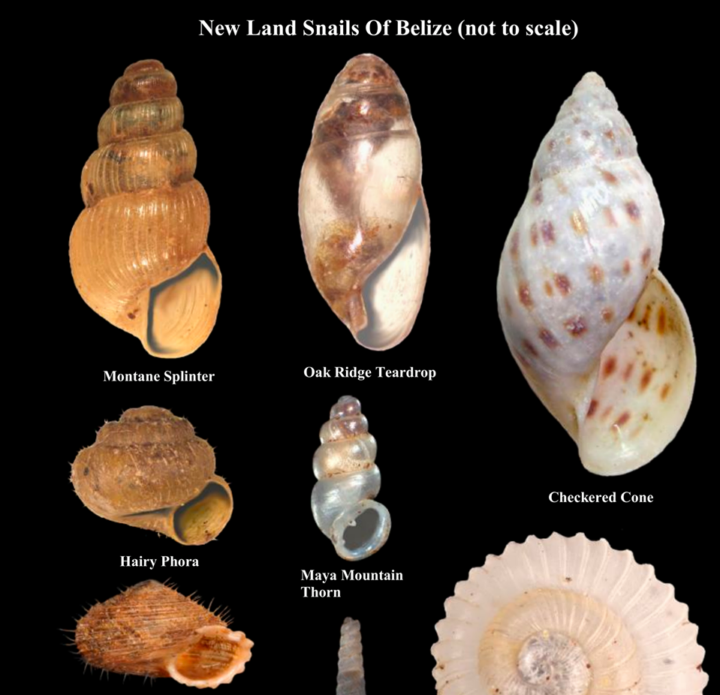 By BBN Staff: A decade-long study in Belize by malacologists researching mollusks in the country has identified 17 previously unknown species of land snails

The study was carried out by malacologists Dan and Judy Dourson along with Ron Caldwell. The new species that were discovered were named in honor of Belizean who have made significant contributions to conservation in Belize or those with deep ties to the country.

The team conducted its research with the help of Belizean field technicians searching leaf litter, epiphytes, deep caves, sink holes and the most remote sections of the largely unexplored Maya Mountains, adding not only new species to science but to new snail records for the country. The study began when Dan and his wife Judy visited the country to assist the Belize Foundation for Research and Environmental Education (BFREE) located adjacent to the Bladen Nature Reserve.

The detailed study revealed the life cycle, habits and indicators of snails that researchers may be able to identify possible changes to the environment. Animals such as bats, snakes and even other snails prey on the various species of land snails found in Belize. The Mayan Marauder, the carnivorous land snail, was caught on film consuming another snail alive for the first time ever by filmmakers Richard and Carol Foster before Richard’s untimely death.

According to the researchers, land snails rank as on of the most numerous and “speciose” groups yet remain largely unstudied. As a result, little is known of their importance in ecosystems, however, research has shown that land snails play an important role in micronutrient cycling in ecosystems. “Declining land snail populations can have ripple effects to surrounding ecosystems,” the report said.

It also added that native land snails, which are sensitive to changes in their environment, could provide an early warning to impending habitat deterioration, similar to the way that freshwater mussels are used to determine the quality of waterways. “Native land snails could therefore be used to forecast impending problems created by anthropogenic pollutants reported to be accumulating in jungles of Belize,” the researchers said, adding that the Maya Mountains is considered one of the most important land snail regions in Central America and may exceed other areas of comparable size in terms of numbers of species.