Man, 35, injured during home invasion by masked men in Ladyville 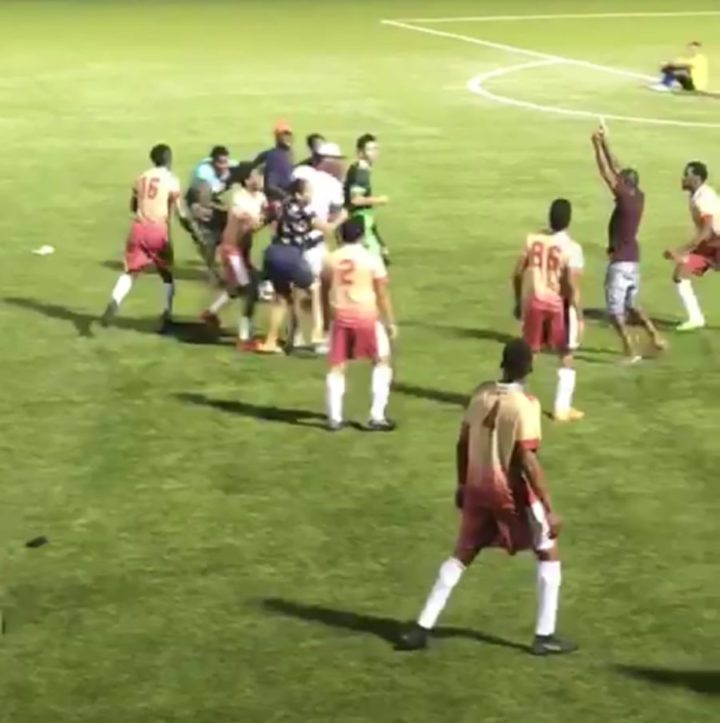 By BBN Staff: What was suppose to be a night of sportsmanship between the top 2 educational institutions in Belize turned to be a frightening incident of fight and gunfire.

Students from Galen University and the University of Belize (UB) were playing a football game at the Isidoro Beaton stadium in Belmopan when the fight broke out. Just before the conclusion of the game, the referee made a call that did not rest well with one of the players and his team. An argument ensued followed by physical confrontations and fighting on the field.

Team mates and fans from both sides ran to try to separate the fighting players. In a video shared with BBN, it shows that one of the persons on the field pulled out a firearm and fired at least one shot in the air.

BBN spoke to some fans present at the time of the incident who said that it was a very frightening incident.

The students from both Universities expressed disappointment with the behaviour of the players, especially as a much higher standard is expected from tertiary level students.

The fight broke out during the second game which was a match between the male teams from UB and Galen. The first game was between the female teams of these institutions and was played without incident.