Philip Goldson: Was he ever pro-ICJ publicly? 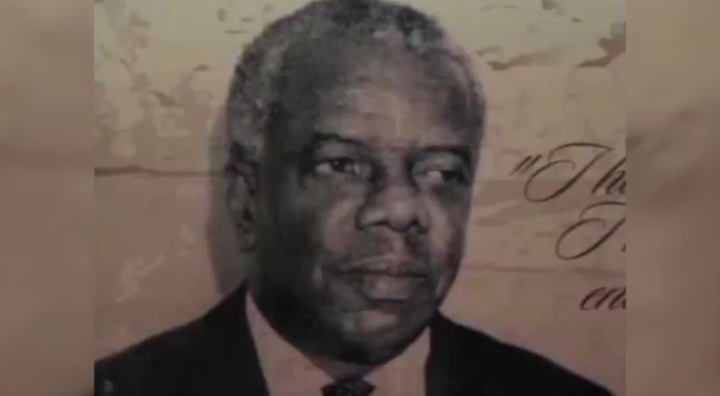 By Aaron Humes: As the April tenth, 2019 referendum draws nearer, both sides of the argument have marshaled their resources to make their case to the Belizean people.

There are Belizeans who believe that it is strictly a legal matter and that nothing else comes into play. Others argue that there is the real danger of games being played at the behest of the powers that be. Guatemala has long counted on the support of the United States and Israel although both countries have made overtures to Belize as well. Depending on whom you ask, prominent figures in the Belize-Guatemala dispute declared their beliefs and intentions from long ago.

Recently the family of National Hero and former Prime Minister, Premier and Chief Minister Right Honorable George Price, wrote via an attorney to the Referendum Unit asking that billboards invoking statements from the great man in connection with the referendum campaign be removed.

On the other side of that debate is fellow National Hero Philip Goldson.

Goldson led a breakaway from the United Democratic Party in 1991 over the Maritime Areas Act; while he rejoined the party in 1993 in time for elections with his National Alliance for Belizean Rights (NABR) and obtained a Cabinet post, his legacy within the party is somewhat murky. But some prominent U.D.P. members say that Goldson, who risked jail to disclose the Thirteen Proposals in 1966, supported taking the territorial dispute to the International Court of Justice before Independence, reportedly saying so in an address at the United Nations.

As far as we can find, there is no record of Goldson advocating this position publicly in Belize. But in a June 2018 interview with KREM News, his niece, area representative for Belize Rural Central and Minister of State Beverly Williams (Castillo), recalled him saying in her teenaged years to her family that the I.C.J. was the way to go to resolve the Belize-Guatemala territorial dispute

Williams, who was commenting on her personal decision to vote yes, said of Goldson: “I heard that first word [of the] I.C.J. from him, all the way back when he was talking about NABR. And when my mom asked, ‘what is I.C.J.?’, he explained, and I recall him clearly saying, ‘This matter will never be resolved unless we go to the I.C.J.’”

Challenged as to whether Goldson would see ‘shenanigans’ in the ongoing efforts to settle the dispute as he did with the Maritime Areas Act and other previous efforts, Williams argued, “Nothing is cut and dry; nothing is hard and fast; but he was pro-I.C.J. – I can say that from a family perspective. And I believe that some of the things that are now being associated with the Honorable Philip Goldson are not fair to his memory. He’s not a person of adversity; he was always a person for peace and he was pro-I.C.J.”