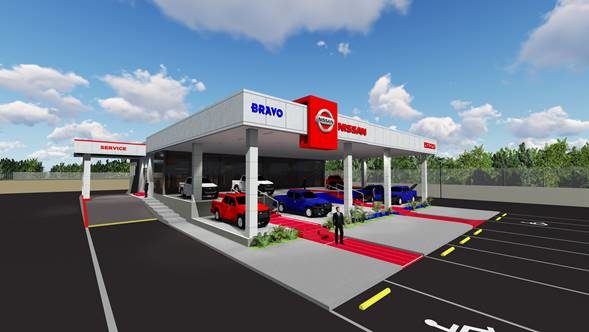 By BBN Staff:Managing Director, Eddie Bouloy, his wife Florence Bouloy were joined by Alvaro Alamina of The National Bank of Belize Ltd, Bryan Mena of JEBCO Construction and the entire Bravo Team to officially break ground on the new Bravo Motors state-of-the-art dealership facility in Belmopan.  Construction of the building begins in February 2019 and Bravo Belmopan is scheduled to open in the latter part of 2019.

“As we embark on this new chapter in Bravo’s evolution, we are very optimistic about where we’re headed as a company,” said Eddie Bouloy. “This is an opportunity for us to grow and build a world class dealership that provides a full suite of automotive services combined with an exceptional customer experience.”

Bravo Belmopan will be a multi-tiered 9,000 square foot dealership facility with a modern showroom, that will incorporate a covered showroom, customer waiting area, kids play area and a modern service facility supported by a fully stocked parts department.

Bravo Motors recognizes the strong partnerships they have built with the Belizean community including The National Bank of Belize Ltd. who have provided the funding for the construction of the building.

“We are happy to partner with Bravo Motors and be the bank behind this facility,” said Mr. Alamina. “From the plans and designs, this facility will be top of the line and we’re glad Bravo chose us to meet their banking needs.”

JEBCO Construction is the general contractor and Bryan Mena of The Mena Group had the following to say, “It is going to be a very modern, visually appealing and efficient dealership building, we’re proud to be a part of Bravo’s expansion plans.”

The Bravo team continues to deliver only the very best when it comes to their vehicles and services. This facility will only enhance the experience when customers visit Bravo Belmopan. 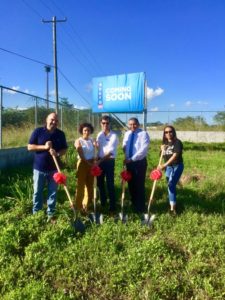 Bravo Investments Limited, a Belizean Company that’s celebrating its 25th Anniversary All Year Long.  Started in 1992 as a car rental operation and in 1997, the dealership division was opened. Today, we are the authorized representative for Isuzu, Jeep, RAM, Chrysler, Nissan and Suzuki vehicles. Bravo Motors is a family-run business which credits its success to delivering good customer service, personalized attention and satisfaction is always guaranteed. Bravo Motors is committed to bringing a better quality of life to our community and making a positive impact on our people.