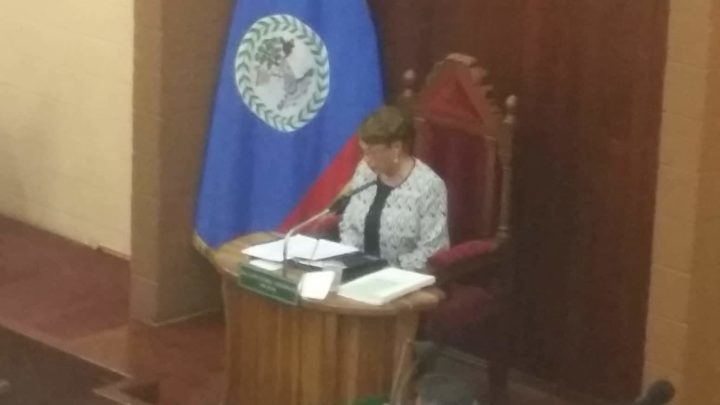 By Aaron Humes:At the start of this morning’s meeting of the House of Representatives in Belmopan, Speaker of the House Laura Longsworth announced plans for the Assembly to adopt a security policy following a series of incidents.

The Speaker described a recent event in which she said the response was “slow” to a Police request to evacuate the Assembly offices so that they could investigate a suspicious parked car in the area. The new policy aims to address as close as possible any eventuality involving parliamentarians and the People’s House.

Earlier this week, members of the press were informed that to properly identify them during meetings, we were asked to wear previously produced press office passes or obtained new ones. This, she said, was a recognition of the press’ role in producing reports on the work of parliamentarians, and she promised further consultation on the policy.

There are concerns among the press, however, that the usual “rabble-rousers” from both political parties are being let by to create further mischief.