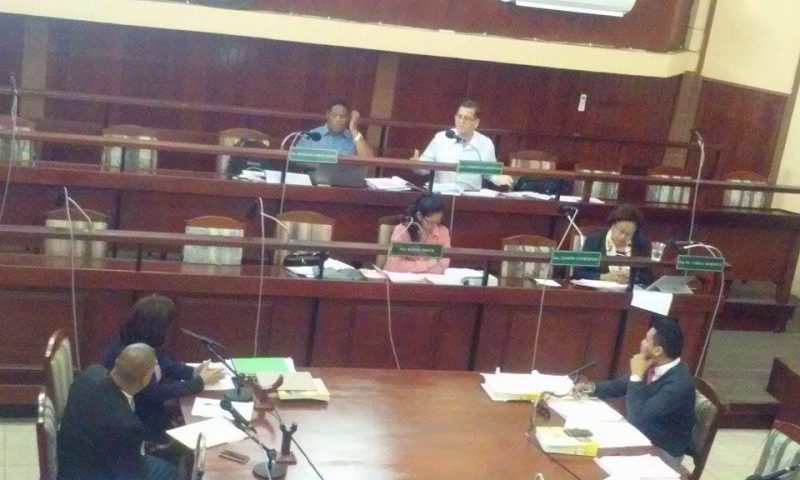 By BBN Staff: The Senate Special Select Committee is hoping to have a final draft of its report on the Immigration Department public inquiry by the month of June, according to committee chairman Aldo Salazar.

Salazar spoke with Breaking Belize News today, explaining that the committee members had logistical difficulties, which extended the time it took to prepare the report.

He noted that the committee held a total of 42 meetings between 2016 and 2017, with each hearing producing its own volume of material. Salazar stressed that, apart from the transcribed copies of each hearing, committee members also had to review any supporting documentation supplied by witnesses which amounted to thousands of pages in total.

He added that he is currently working on a draft to submit to committee members for review and recommendations.

“I don’t think we’ll ever agree on all the points, but that doesn’t stop the individual senators from filing their own minority reports later on,” Salazar said.

He also said he wished to clarify that it is not in the purview of the committee to have anyone criminally charged as a result of the public inquiry. Instead, the committee will simply make the report available to authorities, so that they can determine whatever course of action they deem necessary.

Prime Minister Dean Barrow commissioned the Senate Special Select Committee following the 2016 Stand up for Belize Campaign held by the Belize National Teacher’s Union (BNTU). The committee’s job was to hold public inquiries based on the Auditor General’s Special Audit Report of the Immigration and Nationality Department 2011-2013.

The Special Audit Report was a direct consequence of the infamous Citizen Kim scandal, where a Korean national managed to obtain documents showing Belizean citizenship while he was in a Taiwanese detention facility.