Over $3,000 stolen from Caribbean Tire Office in Orange Walk 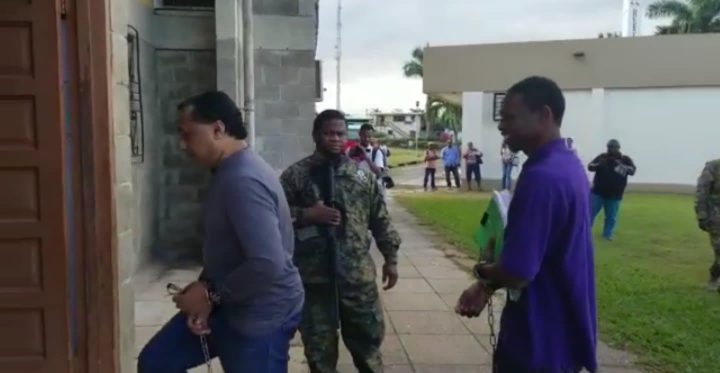 By Aaron Humes: After a brief meeting in chambers, yesterday’s hearing of the murder trial for William “Danny” Mason; Ernest Castillo; the Fernandez brothers Terrence and Keiron, and Ashton Vanegas was adjourned after the men’s attorneys, Herbert Panton, and Rachel Montejo-Juan, were formally removed from the case.

Montejo-Juan had just joined the case last week, replacing Richard ‘Dickie’ Bradley, who had dropped out of representing Mason alone due to conflicts with other cases. The men are being tried before Supreme Court Justice Antoinette Moore in Belmopan, charged with the murder by decapitation of Pastor Llewelyn Lucas in 2016.

Panton told the media that he had asked to be removed from the case but did not give reasons and said the men will have to find new attorneys by April in order for the trial to continue. He also would not offer an opinion on what happens moving forward.

The trial began on March 12 and saw testimony from several persons. It will be difficult to reschedule the case if the accused cannot find legal representation before the trial is expected to resume as the court’s docket is so full.