How Belize lost to Guyana – Everything you need to know 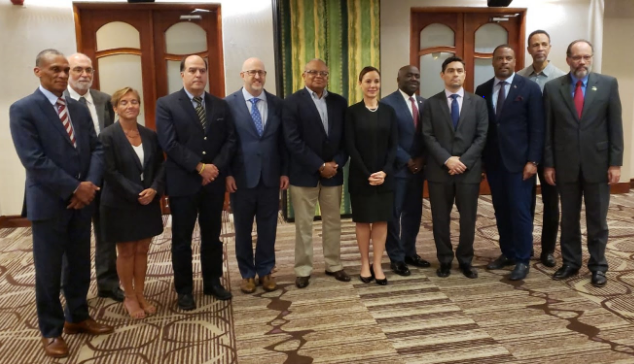 By BBN Staff: As the civil crisis in Venezuela rages on, foreign Ministers of the Caribbean Community have held a meeting with opposition leader Juan Guaidó, who has declared himself interim president of Venezuela.

The CARICOM Foreign Ministers spoke with Guaidó’s representatives who were in Bridgetown, Barbados, and Guaidó himself joined the discussion over video conference.

“The meeting provided a greater understanding of Mr. Guaido’s views and perspectives on how to move forward in the search for peaceful
solutions, as well as his willingness to take part in meaningful discussions,” the Foreign Ministers said in a joint statement issued this morning.

They also said that they found benefit in holding future discussions with Guaidó. The Government of Canada, which has endorsed Guaidó’s declaration of presidency, facilitated the meeting with CARICOM.

Notably, only nine days ago, CARICOM issued a joint statement rejecting Guaido’s declaration of presidency. Venezuela has been experiencing heightened civil unrest since 2014. The government, under elected president Nicholas Maduro has openly accused the United States government as being behind the unrest in an attempt to topple his regime to install their choice for president. US President Donald Trump has publicly declared support for Guaido.