Opposition: ‘Kick-back budget’ does nothing for Belize

Budget had no consultation from businessmen

Senator Mark Lizarraga: Thumbs up for Coastal Road; Caracol Road not a priority 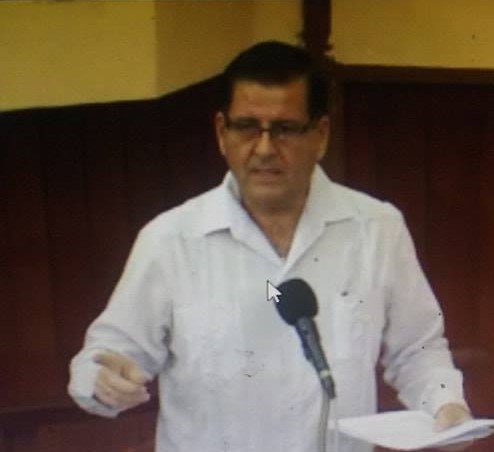 By Aaron Humes: “What are the priorities of Government? While we have so many other streets and roads in this country that are more impactful in this country?”

This is the central question seeking to be answered by Senator for the Business Community, Mark Lizarraga, who spoke to Breaking Belize News ahead of this week’s Budget Debate.

He was responding to the loan motions for hundreds of millions to pave the Caracol Road and Coastal Road, first introduced in the House of Representatives on March fifteenth, and passed by the Senate a few days later.

Sen. Lizarraga indicated he had no problems with the Coastal Road proposal.

The Caracol Road, he told us, however, is not as much a priority to pave compared to farming roads in the North and South; the ongoing Airport Link Road does seem surplus to requirements as well, he added. He noted that the Caracol road can be maintained by grading and introducing a landing strip, to help maintain the “primitive state” of national parks like this one.

Lizarraga questioned, using as an example the tourist mecca of San Pedro Town, Ambergris Caye, many towns and villages, which he noted have many streets “choked” by dust despite bringing in significant revenue for the country.

While no engineering expert and therefore not able to argue on the matter of climate resilience which the Government claims is necessary in this day and age, Senator Lizarraga said he did not feel that it was necessary to “dump up” a road that is already a high altitude.

The primary concerns, he says are the increasing national debt and priorities – infrastructure of the physical kind over social infrastructure such as housing, jobs and so on.

Lizarraga made note of the lack of a plan for maintaining all Government assets including highways, referring us to this statement from the Prime Minister’s Budget Speech and Fiscal Statement: “Natural disasters – Hurricanes and flooding have not been factored into the medium-term projections explicitly. Implicitly, the high frequency of hurricanes in Belize is always a factor to be reckoned with.” As Lizarraga put it to us: “We are one natural disaster away from disaster.”

The loans have been approved.