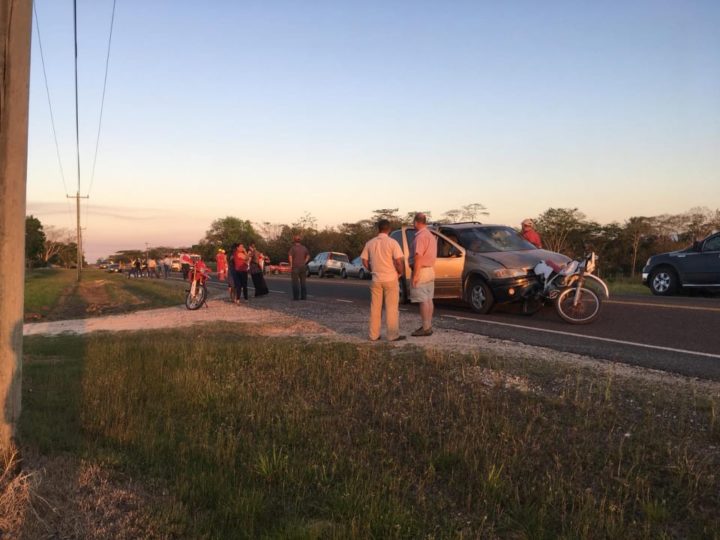 By BBN Staff: Families all over the country are reeling after five separate road traffic accidents claimed the lives of six people over the weekend.

Four of those RTA’s involved a vehicle knocking down and ultimately killing the victims. Those include Carlos Larios, 26, who was knocked down and killed on Friday night near Mile 25 the Hummingbird Highway; Jose Marquez, 16, who was knocked down 6:00 on Saturday night between miles 20 and 21 on the Southern Highway; Vladimir Aguilar, 28, who had a head-on collision with a vehicle near the Burrell Boom Bridge on Saturday night; and Abraham Penner, 58, along with his wife Irene Penner, 48, who died in San Ignacio on Saturday night after they were rear-ended by a van driven by Gerard Penner, 85.

The fifth incident involved Walter Loyo, 28, and his fiancé, Zinnia Ayala, 20. Loyo lost control of his motorcycle near the roundabout at Mile 8 on the George Price Highway and crashed. Ayala died on impact, while Loyo remains in critical condition.

Each case came with its own set of circumstances and the Belize Police Department has said that each of them is under active investigation. Police have also served all drivers with notices of intended prosecution, pending the outcome of the investigations.